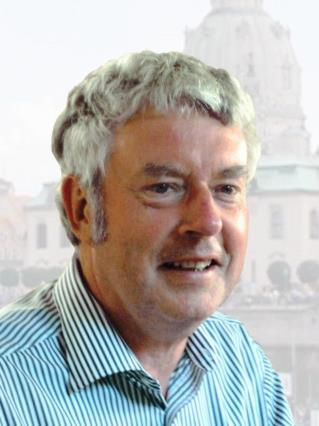 My name is Hartmut Buettig, my nickname “Hardy” was created by my sisters during our childhood.

Learning CW for the examination was an odd fish. Being young and nosy I connected in spring 1967 by unfair means the BC348 RX of the club to the 230V mains and started it with a big bang. I was not aware that the RX was fitted with two banana plugs to test it with 28V DC, because a motor generator was inside. The filaments of all tubes burned down. Our tolerant chief operator Pit, DM5DL, proposed two ways to solve the dilemma. I got the chance to train CW and pass the examination within one year or he would tell the bad story to my father and ask him to pay for the repair. I was deeply grateful to him and learned CW intensive. I passed the examination in November 1967 und got my first call sign DM5VDL in March 1968.

A Vibroplex-bug aroused my interest. I preferred CW from the early beginning. Later I build my first squeeze key based on the design of the ETM-3. In 1975 I was able to join the HSC (776). Our radio club was a great camaraderie. We found a second contest QTH in the suburbs. Planning the WADM and WWDX CW contests I got the idea to activate the DM1-prefix first time. The trick was my proposal to use in parallel the calls DM5DL/1 and DM5DL/2 at different locations during our contest activities. The chief-op and the administration accepted that proposal.

I have studied electrical engineering at the Dresden University of Technology. My work life was always connected with particle accelerators. A started my career in 1975 at a cyclotron. From 1998 until the retirement in 2018 I had the pleasure to participate in the design, assembling and operation of the superconducting LINAC ELBE. Now I am not bored and I am busy with CW on the air, riding my bicycle, writing the weekly propagation report for the DARC broadcast and helping with hardware to establish radio astronomy at our local observatory.

I am happily married since 1977 with Kerstin, we have two children and two grandchildren. I am member of the CW-Clubs AGCW, HSC and FOC.

It’s a privilege to join CWops and I thank those who nominated and sponsored my membership.