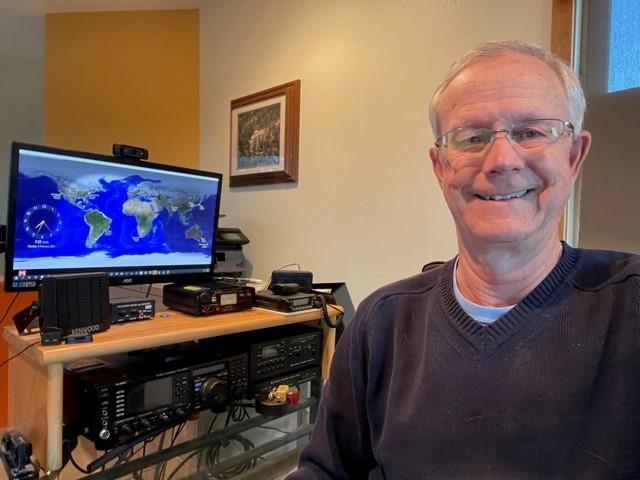 I’m a retired corporate, contracts, and commercial lawyer. I had my own practice for the last 30 years and worked on a number of interesting things over the years. I was fortunate.

My interest in ham radio started when I was young, probably late elementary school or early junior high school. I even built a nice Heathkit receiver (HR-10b?). The single thing that deterred me from pursuing a license at that time was the Morse code requirement. Back then I had zero interest in learning it. I thought Morse code was, at best, only required for historical, not practical reasons.

Fast forward to 2016. While at a dinner a friend, I learned that his father had been licensed and that my father-in-law also had been licensed (my father-in-law is Jack and his call was W1WWE and then K0CBG). The conversation led to me confirming that the code requirement was no more and so I decided to read about ham radio, which led to taking the test and joining a local club. I quickly upgraded to Amateur Extra and got on the air.

Right after passing the Amateur Extra exam, I surprisingly found myself interested in CW. When I bought my first paddle, I was told that the Extra exam would be easier than learning how to operate CW well. The salesman at HRO was right. After a few months foundering on my own, I signed up for the beginning class of CWA – and, here I am. I’m a big fan of CWA. One aspect of CWA that isn’t discussed much is the fact that the classes lead to friendships. In each of my classes, I developed friendships that I hope will last a lifetime. It might have something to do with sharing the challenges and issues related to learning.

I’m looking forward to meeting more members on the air and improving my CW skills.