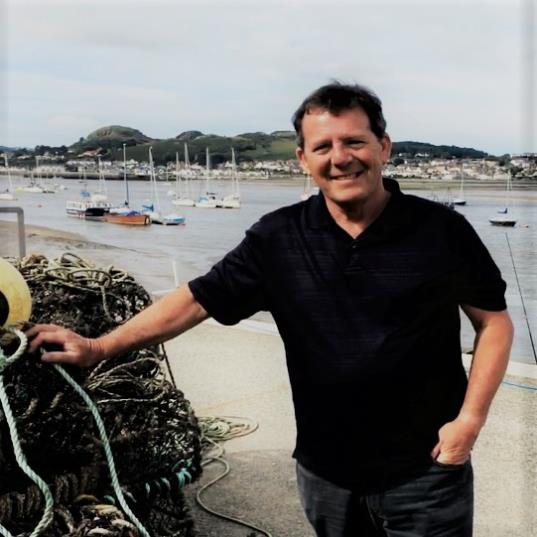 “Thank you to those who have sponsored me for membership, I am very grateful to you”.

My interest in wireless goes back to 1958, thanks to a Christmas gift of a transistor radio with a poor front end which received Morse code from a strong military transmitter due to cross modulation. I taught myself Morse. Later in 1964 I joined the Royal Navy as a Radio Operator and remained until 1971. In 1972 I got married and joined the government as a Radio Officer, I remained with them until taking early retirement in 1997 when I reached 50. In the meantime, I 1had taken my ham licence in 1981 and quickly became very active on CW chasing DX and taking part in contests.

I served abroad on government service in Cyprus between 1984-1992 when I operated as ZC4CZ. This was at the time when the ZC4 prefix was given separate DXCC status, so life got very busy on the bands and a lot of local ZC4 hams did not like it and gave up! I enjoyed a lot of it but did not care for the bad manners which prevailed at the time.

I was elected to the High Speed Club in 1986, which I was really pleased about, my final sponsor being the secretary Ernst DL1PM who ‘interviewed’ me for 30 minutes on 20m during a big pile up, so no pressure then. I was elected to the FOC in 1991 but left when I moved to Wales in 1998 as I had no intention of carrying on with amateur radio, but ham radio is a bug that came back and so I became active again a couple of years later.

I lost my first wife to cancer after 46 years of marriage but now have a new partner who also likes the hobby and intends to become licensed, age is 71. When I see those two digits it makes me feel very old but I also feel very lucky to have seen and done a lot.