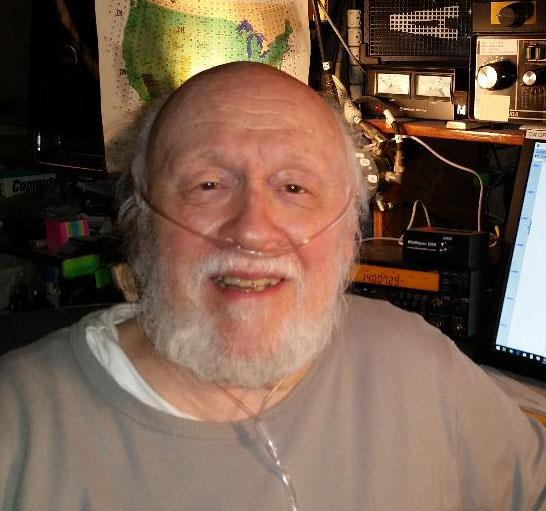 When Vanity calls became available in 1996 I applied for and got K8GT.  With K8QLK ending in “K” which caused lots of problems during contesting and I wanted to get rid of the “Q”.  It wasn’t until after I received K8GT that I realized that I hadn’t gotten rid of the “Q”.  Run the Morse code characters “G” and “T” together and you get “Q”.  CWops member, Joe, N8EA, always refers to me as “Q” after I mentioned that to him.

When asked, by a friend, what got me interested in radio, I mentioned that my dad showed me shortwave listening, at age 4, on the floor model console radio that I was already listening to all the broadcast radio shows, dramas, comedies, adventures, since we didn’t have TV yet in
1948.  But reading through my baby book that my mother meticulously kept (I was the oldest, my later siblings, not as much).  She wrote about my first Christmas at 9 months old, writing, “Gerry isn’t interested in the tree, ornaments, lights, gifts or wrapping paper.  All he wants to do is play with the knobs on the radio.”

My early interests in radio led to my attending Electronics school following High School.  I had my first job in my chosen profession in Broadcasting doing the “Preacher Feature” Sunday morning shift at a local FM station at age 18.  One of the on air staff and the Chief Engineer were friends.I also worked at Reno Radio, a ham radio store in downtown Detroit from early 1964 through 1965 except for a 4 month break during the summer of 1965 when I worked as a vacation relief engineer at WJR 760AM “The Great Voice of the Great Lakes” clear channel.

Several radio stations and a TV station later led me to WKBD-TV50 Detroit, that I worked at and retired from in 2012 after 45 years.  At the time of my retirement TV50 was affiliated with the CW Network.  As a mainly CW op, I had always said that I wanted to work at a TV station that ran CW.  Hi hi.

Visit my QRZ page for more pix, particularly one of me and my station in 1961.