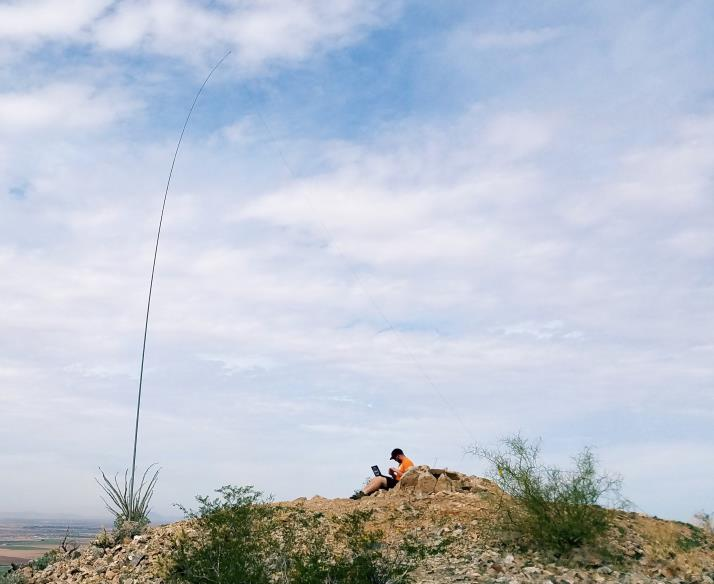 While licensed in 2010, I learned about the hobby of Amateur Radio in 2004 while attending confirmation class. John K0PN, gave me copies of QST. Morse Code kept throwing me off as I had no interest in learning it (learning German at the same time may have had something to do with this). Between 2010 and 2016 I mainly was interested in 2m APRS and digital. I used Wires-X and enjoyed rag chews with hams all over the country. I told myself this was no different than Skype between radios and studied for my General ticket. I spend a lot of time in Arizona and wound up passing my general exam with Maricopa Amateur Radio Assoication in August of 2016. Once on the HF side of things, I learned the efficiency of digital modes and how great CW works. I set a goal to learn code after I attained my Amateur Extra ticket in February 2017. A week after passing my Extra, I picked up an MFJ practice oscillator and started to learn the characters. In June of 2017, I finally built up enough courage to get on the air for a World Wide Flora and Fauna park activation. Fellow CWOps members Jess W6LEN and Bob VE6UX played a big part in motivating me to do so. Portable operating has been an interest of mine for the last two years.

I kept up with self-study apps for copying but simply getting on the air for short exchanges helped me out. My wife got me a Begali Pearl for Christmas and this confirmed that I wanted to keep going with CW. I learned about the CW Academy and went through the Level 1 course with Jim AD5TT and Nancy KG0YL as my advisors. This course was hands down the best training tool and it’s how I discovered consistent practice between 15-30 minutes a day can improve one’s skill. I am no longer scared to jump into a rag chew and have enjoyed some fun ones. I found the CW community loves to communicate with newer CW ops. After I participated in my first (slower speed) CWT I had so much fun that I came back for the normal CWTs. This motivated me to get my send and copy up to 25 wpm. Using training tools that I learned about in CW Academy helped me when increasing speed. I think it helped head copy when I started listening to 25 wpm.

Aside from Amateur Radio, I enjoy time with my XYL Sarah W0ASA and our two boys Asher and Asa and our German Shepherd Axel. I am a Sergeant with the Ely Police Department in Ely Minnesota. I like to go running and hiking in my spare time.