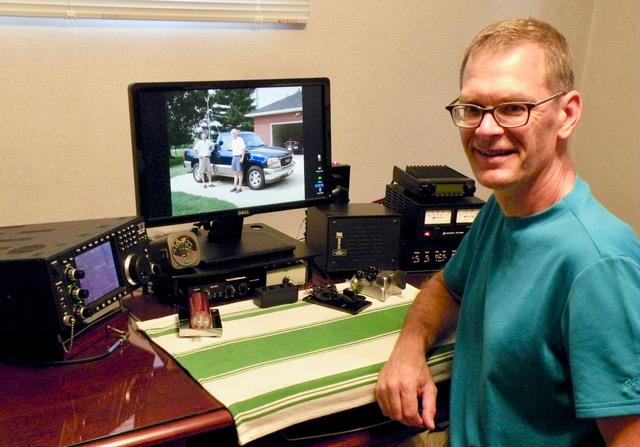 I first caught the radio bug at age 11, listening to AM shortwave broadcasts on a GE 9-band radio. Hearing the BC station DX and collecting their QSL cards really held my attention. Soon after, I made my first major station improvement: I built a Heathkit SW-717 receiver. About the same time, one of my middle/high school buddies earned his Novice ticket, so it wasn’t long before I rode my bike to the local Radio Shack and purchased a copy of 5 Watts to 1000 Watts, the iconic Novice license study guide. I sat for my Novice test in May of 1977, earning WD8MGP. I worked my way through the rest of the license classes over the next 18 months, receiving my current call (randomly assigned) in December 1978.

I was a certified CW nut from Day 1. Ragchewing, (meager) DX, traffic handling, Field Day with the local club, QRP, portable operating and so on.

The contesting bug bit while I was a student at Case Western Reserve University (club call, W8EDU), earning my degree in electrical engineering.

Since then, I’ve been fortunate to multi-op with some of the best brass pounders in the 8th call area (fixed and mobile, domestic and DX ‘tests), all members of the Mad River Radio Club. Of course, AF8A has been on the air for many single-op efforts as well, generally CW, but occasionally RTTY (and very rarely, SSB). The home station is very modest, limited (antenna-wise) by a suburban plot of land, cursed with overhead mains.

Thirty-four years out of university, after a long career in the arc welding industry (first in R&D, later in manufacturing operations, designing/maintaining/supporting computer systems for a multi-billion dollar, multi-national company), I retired at age 55. Now I have plenty of time to be on the air, tinker in the workshop, cycle, and travel domestically/internationally with my XYL. If only an ionized F-layer would make an appearance now and then, life would be perfect.