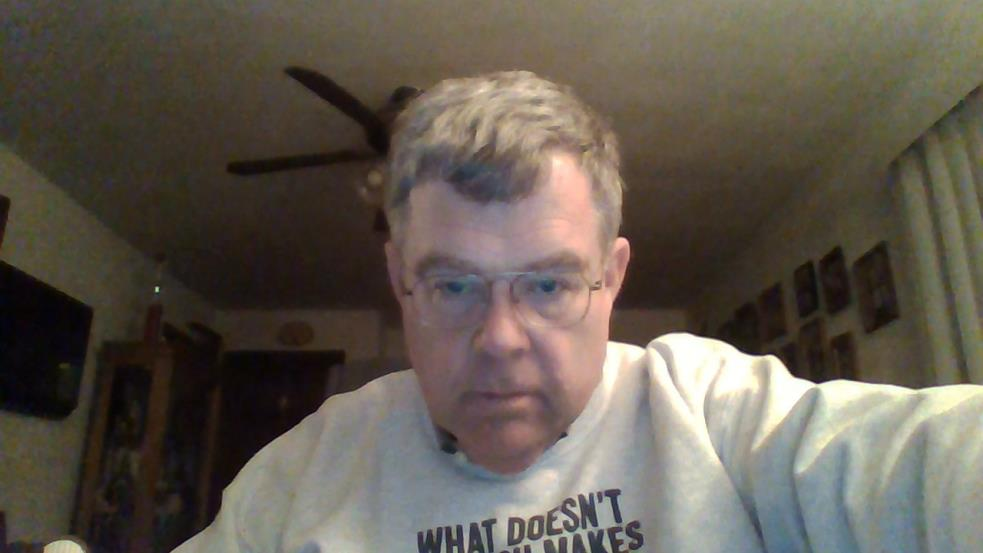 My ham radio history started with a chance encounter on the street with Al Baker, WØCBV, who was then the projectionist at a local movie theater.  He invited me to his shack, and the first QSO I ever heard was Al talking to VK4AF in Brisbane, Australia.  I was hooked.  Al gave me the Novice test, and I was first licensed in 1969 as WNØZSU at age 15.  I got my WAØZSU call after a visit to the FCC Field Office in Kansas for the General Exam and code test in 1970.

I have always been primarily a CW operator, and I have a long-standing tendency toward rag-chewing. I like to introduce additional (some say strange) topics into my contacts.

I spent what should have been study time in high school chasing DX (including a memorable contact with WBØCUB/KC4 at Byrd Station Antarctica one evening on 20CW).  I was a regular operator at University of Missouri Club Station WØZLN while at college.

After college I joined the CARI (Chess and Amateur Radio International) club, which promoted playing chess via ham radio.  I played lots of games on the radio, including playing first board in a match between a USA chess team and one from Oceania.  The US won 3-2.

My work in finance led me into consulting, which includes lots of travel as a rule.  I got on the air occasionally, but eventually I put my gear away.  I was away from radio for several years.

I returned to ham radio courtesy of a good Samaritan.  A ham in Idaho acquired a QSL collection, and he returned to me a card I had sent out to one of my first QSOs in 1969.  That rekindled my interest, and I decided to find a way to get back on the air inexpensively.

In February 2017 I returned (in a small way) with a CRK10-A QRP transceiver, a QRP antenna tuner and a hand key.  I also put up a garden variety 40-meter dipole at about 30 feet.  QRP operation with the little radio is a special experience:  it has no on-off switch, no tuning knob, no RIT control, and no volume control.  You must really want to be on the air to use it!  But it works well, and most nights I got on and made 2 or 3 QSO’s on 40 meters CW.  I am up to about 150 QSO’s with it.

Meanwhile, I unboxed my old station, including a veteran ICOM IC-730 (usually turned down to 5 watts), and an MFJ9020 for occasional jaunts into 20 meters QRP.

In August 2017, I sold the ICOM and added to my QRP portfolio by buying a Yaesu FT-817nd (and the excellent 300 Hz narrow CW filter).  This great little rig gives me a chance to explore another interest:  operating portable.  The radio has an internal rechargeable battery, and I added a larger battery as well.  I really want to be able to be active from anywhere.

Shortly after I bought my “big boots”, a little amplifier so I can now run 50 watts (handy for CWTs).

I officially retired in mid-2017, and since I had the time I built a list of ham things I wanted to do. One of my early goals was to re-do Worked All States, which I finished in September. Another important thing to do was upgrade, and I passed the Extra Class exam in October.

And then I changed my call sign.  A lot of friends knew me as WAØZSU, but I did a financial analysis (I was a financial consultant), and the “Time Value of Morse Code” suggested that 11 dashes and 9 dots was too many.  (In contests, I often found when I called a station by the time I sent the last dash of my call they were already talking to someone else).

So, I looked at available call signs with an eye to shortening my call.  I requested and got assigned WØITT (9 dashes and 3 dots:  once I get past the Ø it flows much faster on CW.)  I also found a nice slogan for it:  It Takes Time.  (From a John Wooden quote:  “It takes time to create excellence.”) ​So, to my friends:  I am still around, just using a different call.  I will see you all on the air.

Another thing I want to do now that I have time is to get back into building kits and home brew equipment.  My compliments to a friend in Texas who liked our long rag-chew QSO so much he sent me a Pixie ½ watt 40-meter transceiver kit.  I built it and it worked: I made a dozen QSO’s with it. I’m currently finishing up the QRP Labs QCX transceiver, and I have several other projects lined up.

All things said, my big passion is talking to and learning about other hams.  (There are really interesting and intelligent people out there.)  I also like to learn new things (about propagation and solar activity, for instance) that can make my operating more effective.

And (of course) I love to work CW. One of my most meaningful recent accomplishments is being accepted into CWops – thank you to the club and to the people who sponsored me.