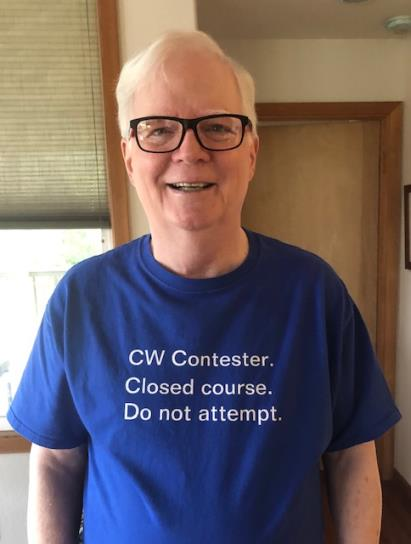 Early years were mostly CW ragchewing. After seven years in Chicago and a total of ten years off the air I got back into radio in northern New Jersey. After simple antennas I ended up with a tower and Yagis. Lots of DXing and I got into contesting in the early 90s. Contesting with the WA0QOA call sign was cumbersome so when vanity licensing opened up again I changed to NA2U 1996. I always wanted a 1×2 call but I saw NA2U available, sent it a few times and loved the sound on CW. Operating from NJ for over 15 years as a contester and DXer was unbelievable.

Contesting is my favorite activity. I prefer CW contesting, but that doesn’t keep me from other modes. Retirement in 2013 has allowed me to contest from the DX side from KH6 and PJ2. Retirement has me in Phoenix, AZ in a HOA antenna-restricted home. I have Inv-Vees for 40m/20m/15m/10m at ~18’. Most of my operating for the last two years has been remote operation of NA7TB in southeast AZ. Real antennas including an 8-circle transmit/receive array on 160m. That helps take the sting out of the HOA restriction.

We will be married fifty years this September. I want to thank my XYL, Liz, again for supporting me and this hobby I love so much.

Thanks to the club for having me as a member.