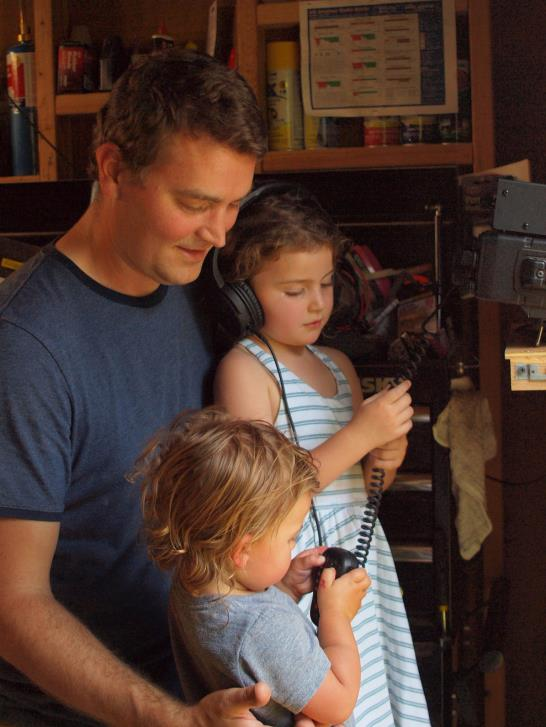 I am new to everything! I was first licensed in February of 2017, then I took my General and Extra in the same sitting around April of the same year. I got into amateur radio because I thought it would be an interesting challenge that I could study and read about in the few spare minutes that I am not spending with my two daughters, Kit and Clare, who are 3.5 and 1.5 years old respectively.

CW was not something I had any particular interest in when getting into radio, and I didn’t do any for probably the first year of being licensed. I decided in early 2018 however that it would be an interesting challenge to take on, much in the same way as getting my license. I have since however found CW to be a very entrancing mode – it is a different kind of challenge that that has no definitive end, and it opens up a world of opportunity.

As far as radio is concerned, I primarily operate CW, however I have many interests in other facets of the hobby – Linear and FM satellites, radio astronomy, VHF and HF APRS, as well as SOTA and POTA, both of which have been opened to me through my learning CW.

Outside of radio, I am a software engineer specializing in VoIP and distributed signaling and data systems. I often tell people I work with that I have gone full circle in the telecommunications spectrum from VoIP to CW. I have more hobbies than I have time for, by a significant margin, and I spend most of my time outside of the office with my family. I love living on the front range of the northern Colorado.

I learned about CWops through looking into CW Academy. I intended to enroll in a course some time ago but it was full. In the mean time I set at working on my own to learn CW, and then improve my skills. After a while I was able to start listening in on CWTs, trying to copy call signs etc. Eventually I started participating around February of 2018, and now it is something I very much look forward to every week.

I am honored to have been asked to be part of a group that holds high standards for CW operation, and I hope to continue to push myself, and improve my skills to live up to these standards.