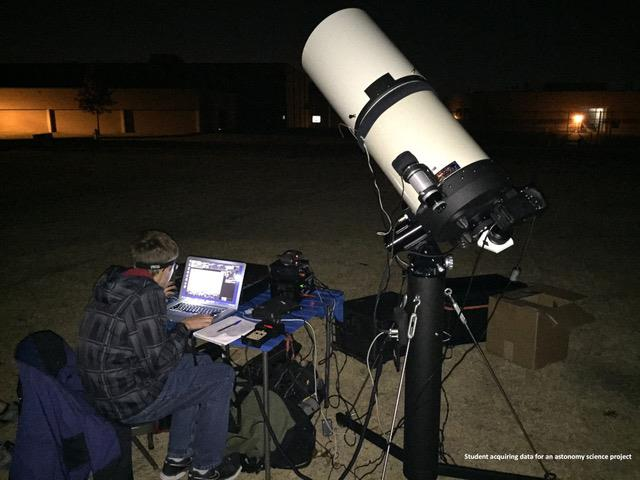 I first got into CW while at a meeting of the Lake Area Amateur Radio Klub (LAARK) in 2018. Ken Rainey AC5EZ was trying to recruit new students to the upcoming CW Academy class that he was assisting in. I had always wanted to learn CW, and the regular rhythm of classes and practice sessions kept me focused. I ended up taking all three course levels. I had three outstanding instructors: Eric Silverthorn NM5M, Mark Tyler K5GQ, and Joe Spencer KK5NA. It was Eric who eventually nominated me for CWops.

My entry into ham radio had started a year earlier in 2017 to help out a friend in need. I was sitting in my office one morning when a friend of mine, who is now WE5TR, came in and told me about his 18-yr old son who had just passed his Technicians and General licenses exams and was getting on the air. Knowing his son was at the age where you disavow your parents, Tod saw this an opportunity to connect with his son, but he didn’t want to dive into this hobby alone. He wanted to take me with him. I am pretty sure it was for moral support.

Before I moved to Dallas, Texas, I started my career as an electrical engineer at Motorola in Arizona designing radios. My mentor at Motorola was actually a ham and used to regale us with stories about the hobby. That was when my interest in amateur radio started, but it would be 20 years before I would jump in. As I write this, I am starting to suspect that the first radio I designed for him (related to detecting sporadic E-layer propagation) might have been a pet project. Wherever you are Ken, thanks for inspiring me!

I still work in the wireless industry, but these days I get my engineering “fix” through my hobbies. My two passions are ham radio and amateur astronomy. I love doing portable radio ops, and my favorite thing to do is to take both my telescope and radio gear out into the field. While the telescope is running automated imaging sessions, I throw a random wire antenna into the trees and do CW QSOs throughout the night. I keep it simple with just a radio, antenna and logbook. I also mentor high school students for astronomical science projects. The most recent project was related to exo-planet detection using amateur astronomical equipment. For future science projects, I am looking at merging both hobbies with amateur radio astronomy.

When I want to get away from technology, I also like to do long and interesting hikes. One of my favorite hikes was in Wales where I spent the night on the summit of Cadair Idris in Snowdonia National Park. The legend is that anyone who spends the night on top of the mountain will awake either mad or a poet. I will have to let other people be the judge of which one I became.

I am very excited to be part of CWops and I am looking forward to sharing the hobby with others and meeting more CWops members, both in person and on the air.