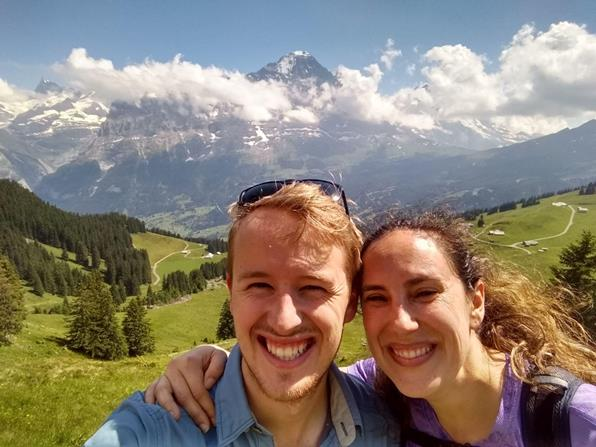 Many thanks to my advisors Ken AC5EZ and Rob K6RB for teaching the beautiful art of Morse code. I am extremely grateful that an organization like CW Academy exists to teach us interested students around the globe.

I was first licensed in 2016 during my undergrad as a Computer Engineer. I wanted to learn how radio communication worked after using various Zigbee style modules in sensor networks for the research lab I worked with. I started with a RTL-SDR dongle listening to different types of radio traffic around the campus and decided to get my technician’s license from there. I got on a few repeaters and made a handful of contacts but mainly used VHF/UHF to communicate with another friend of mine Drew, KM6KPR, while out camping and four-wheeling.

After that I basically didn’t touch radios until early 2021 where I watched some YouTube videos from Adam K6ARK and became very interested in Summits On The Air. After learning about SOTA I knew I had to get onto HF. Rex, KE6MT, has a great blog post called “HF Ham Radio on a Budget” where he explains the merits of QRP CW rigs and learning Morse code as a way to get started on HF on the cheap. He highly recommended CW Academy so I hopped on the waitlist for a Beginner class. I had taught myself most of the letters at 20 wpm character speed (but very slow Farnsworth) by the time class rolled around so I was bumped into a Basic class taught by Ken AC5EZ. Making my first QSOs on air during that class is something I will never forget. After that I continued onward into Intermediate and eventually Advanced both with Rob, K6RB. It was a great experience and honor to take not one but two classes with Rob. It still blows me away to have words pop into my head after hearing Morse code at the speeds taught in advanced class. It is something I could have never imagined when I started out in the Basic class.

As I’m sure you’ve picked up, I love SOTA and any type of portable operating. SOTA matches great with “my wife (Elizabeth) and my love of camping, hiking, and exploring forest roads in our self converted 4wd ambulance camper. Rob introduced me to RufzXP and Morse Runner during Intermediate class and I’ve definitely caught the contesting bug. My station at home is modest (44’ doublet at 28’) but luckily I have made some great friends that have better stations than mine and I hope to continue running in contests from their stations in the future.

Looking forward to working you in CWT or from a summit.