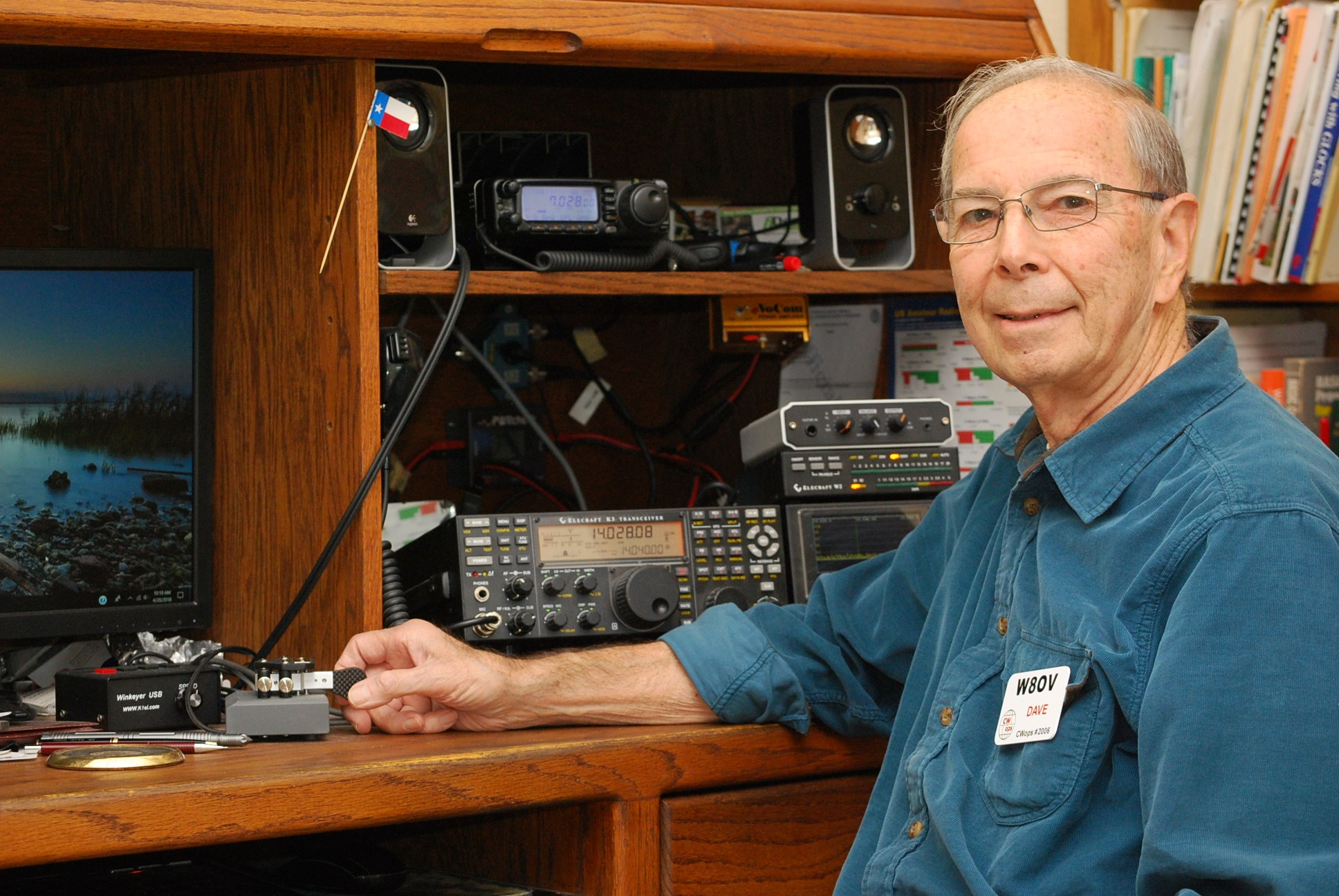 First licensed in 1955, my journey into CW speeds over 25wpm began when I failed the 20wpm Extra Class exam while in school. Busy with other things, I hadn’t been on the air much at all in 3 or 4 years, but was pretty confident at CW. I prepared for the written test, but not enough for CW. There were 5 of us taking the 20wpm test that day and after grading it, the FCC examiner said we all had good copy, but he had to be 100% sure of each character, so 4 of us failed.

Some years later, I prepared once more but this time spent 3 months copying only W1AW practice at 35, 30, and 25wpm. The FCC 20wpm test was a breeze, and much to my amazement, a couple of weeks later I qualified for the ARRL 35wpm certificate. Urged on by a couple of friends who were members of CFO, I began improving my speed and doing mobile CW.

I didn’t know much about CWOPS until a local radio club friend, Jay WB5K, #1769, mentioned he was a CWA graduate. That perked my interest. Last November I began participating in the Mini-tests because I was never good at copying calls, numbers, and the like on the first try at contest speeds and thought those tests might help a bit. Then at our local Winter Field Day I met one of the CWA instructors, Eric NM5M, #974. When he described the work of the CWA instructors, I was really impressed with CWOPS. So when I was nominated by Jim N3JT and others, I enthusiastically accepted the opportunity to become a part of a group that did such great work to introduce others to CW and keep it active.