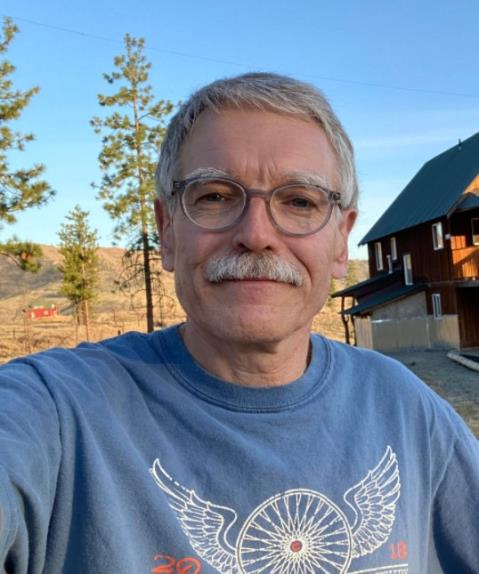 First, thanks to Rob K6RB for nominating me, and to N4AF, NØTA and K7QA for sponsoring me. Rob was my instructor in the Advanced CWA class.

Ham radio had always been on my mind, but it wasn’t until I was a first-year medical student in Duluth Minnesota that it became a reality for me. I met a seasoned phone operator named Gabe, NØANY, who inducted me into the Arrowhead Amateur radio club. Members of that group taught me about radio and radio operation. I think I became their pet project. I was able to test through Novice to Technician and couldn’t wait to get my hands on a microphone. Those HF phone bands seemed tantalizingly within reach. I worked like crazy to get my code speed up, and along the way, discovered that I loved CW.

I am a rag chewer. That’s it. Never participated in a contest. Ever. Why would I get mixed up with something like that? Chasing numbers and countries and counties seemed like a recipe for clinical anxiety. Then I signed up for CWA. Mind you, my intent here was to sharpen my fist; I had no intention of blossoming into a contester.

So I’m off and running (and pouncing), but I am a novice’s novice, so I may reach out to you for help and advice. Thank you for welcoming me into CWT, and to this wonderful organization.

I live in Edmonds, WA, just north of Seattle. I run a G5RV at my home QTH. Rigs: The trusty TS-520S (my first rig, and several sets of final tubes later, still works!), an IC-7300, and a few VHF/UHF mobile and HT radios. Covenants prevent me from installing a gain antenna, but I can add an amp to the station, which is already in the works.

My second station is in the Methow Valley, North Cascades, where I have a cabin. I run an IC-756pro at that location with another G5RV oriented North/South, and a Windom Off Center Dipole oriented East/West. The cabin is off-grid, but has a large solar power system. The RFI from those inverters is a real problem; I’m putting together a phasing network to help attenuate the noise. The cabin property is ideal for a tower, which is my project for the Spring. I recently acquired a two Yagi antennas with rotors, given to me by the owner of a property once owned by a ham. Those are destined for Methow.

Besides radio, I am a serious rockhound, and own a crystal mine in the North Cascades. We produce museum quality specimens of quartz and pyrite. I’m active in the Puget Sound cycle community, hike, climb and ski in the Cascades with my family, and play guitar to calm down. My dear XYL is studying for her Technician License…with an eye on the phone bands.

But then, that’s how it started with me.