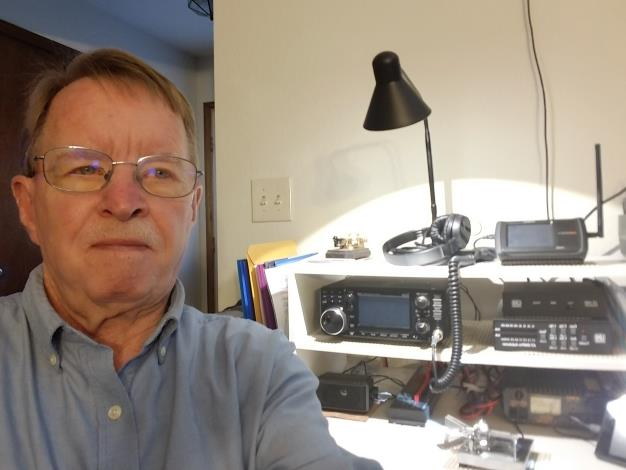 My attraction to ham radio was first sparked during the summers I spent in Cape Cod as a child. Among my favorite pastimes there were fishing, swimming, boating and many evening hours spent reading. Some of my favorite books were the Hardy Boys adventure series. I probably read every book in the series at least three times and was particularly interested in any of their many escapades that included excursions into ham radio. I spent one summer delivering newspapers to make enough money to purchase my first radio, a second-hand Hallicrafters SX-99 receiver. It cost me $99 which, at that time, was a lot of money for a 12-year-old kid. However, it was well worth it to me given the thousands of hours of fun it provided me.

Soon after buying the SX-99 I also purchased a (brand new!) Ameco code practice oscillator that included a very basic straight Morse code key. I immersed myself in code practice and the ARRL study manual for the Novice Amateur Radio License. As fate would have it, though, it would be another 35 years before I finally earned my Novice license. Upgrading to Tech a few months later and then to General in 2001 I was thrilled and honored to make my first HF QSO with a great gentleman who had taken the time to show me all around his mobile station one summer at Dayton Hamvention. Unfortunately, James Miller K8EIO became a silent key in 2004.

Once I became a General class ham I really got the bit in my teeth with the hobby. I joined New Hampshire/Vermont ARES, become a member of U.S. Army MARS in New Hampshire and later in Colorado, was president of the local New Hampshire ham radio club for a while and was active as a VEC. I enjoyed public service activities, the occasional emergency activation and many hours of training and practice for various events and emergencies.

Despite my deep immersion into ham radio, one thing that had initially enamored me of ham radio was Morse code and the ability to converse with strangers all around the world in a special code that only a few people could understand. Despite this romantic infatuation with CW I struggled for decades to improve my Morse code skills to the point that they were actually useful. I tried every conceivable book, tape, MP3, on-the-air and peer-to-peer method I could find but never progressed beyond about 5 wpm. It was a constant frustration for me and I had reconciled myself to becoming a very low-level practitioner of the skill. In 2019 I happened to read a reference to the CW Academy and searched for some reviews of this new resource. It sounded very promising and had many glowing accolades so I decided to give it a try. During the next two years I completed the Beginner, Basic, Intermediate and Advanced CWA courses and was awarded my CWops number (#3050) on November 2, 2021. It was a truly rewarding conclusion to an achievement it had taken me 60 years to realize! I finally feel like I have actually earned the title of “ham radio operator.”

Today I have become something of a “CW snob.” Although I have microphones for most of my rigs, none of them have been used in two years. I don’t expect to be using them much in the future either except in special cases or for special occasions. Many people have helped me to realize my goal since I joined the ranks of CWA students including instructors, assistant instructors and fellow CWA students. I am more grateful to all of you than I can say. Without you I would still be struggling with my fruitless endeavor to master the skill of Morse code. I appreciate all of you more than I can say. I would like to especially thank Buzz Turlow (AC6AC), my instructor in the Advanced class, for his patience, insight, wisdom, good nature and commitment to myself and all of his CWA students. Buzz was the constant encouragement I needed to press on when I felt overwhelmed, inadequate or simply fatigued. His constant support and unfailing faith in my ability to improve my skills pulled me through those times when I was tempted to admit defeat. He did not let that happen and I am truly grateful for his refusal to let me fail.

I am honored to be accepted into a group of hams who are truly exceptional people. I am proud of my accomplishment and will also be grateful to those who have helped me along the way. I look forward to chatting with many of you on the air . . .in Morse code, of course!