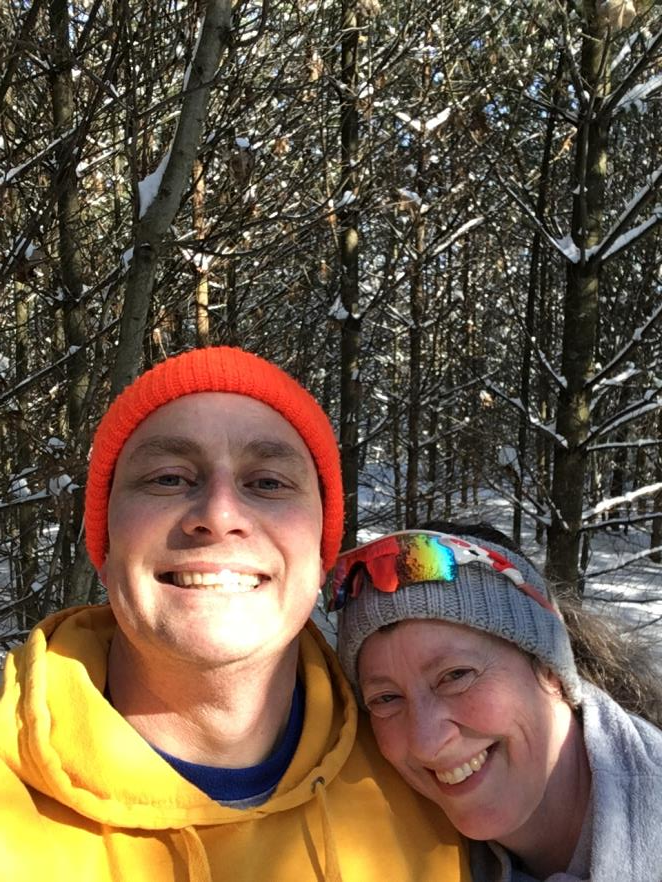 Thank you to Hank Garretson, W6SX, for nomination and to my sponsors in becoming a member of CWops.

My introduction to amateur radio began when my single father Tim, KB9PA, earned his novice class license. I was nine years old at the time. My father would take me to ARRL Field Day activities in addition to radio club meetings. My father also encouraged me to learn about electronics through a series of Radio Shack electronics project kits and took me to many hamfests.

Social interaction with other operators was great exposure. The operators were engineers, technicians and scientists for very large technology companies like Hewlett Packard, Motorola, IBM and others. They were tremendous mentors and were very welcoming and I eventually earned my novice class license, KA9SEL, in 1984.

I operated my father’s Kenwood TS-520S as my first novice rig and the only mode available to me was CW. I quickly earned a technician and general class license, N9FFM, as my code proficiency increased to 13 WPM. I soon became great friends with a group of contesters and participated in many VHF/UHF/Microwave contests as a second operator on a rover. This group of mentors were first class serious CW operators and I was appreciative of them allowing me to participate on their team.

Soon I was off to college where I earned an electronics engineering degree at Northern Illinois University. I continued contesting and earned my advanced class license, KE9SA in 1990. At that time, I trained my girlfriend, now wife Stacey (N9JXV), in Morse Code. When we went to the VE session, I could see she was having trouble copying 5 WPM. I realized she was not getting it because I trained her for 20 WPM characters with long spacing. So I requested that the VE up the speed and then it was a solid copy. During that session I knew she could also pass the technician class and encouraged her to try. The VE’s got a kick out the incentive that we would get marrie

Once Stacey and I graduated, life really began to pick up speed and ham radio fell by the wayside. I worked as a field service engineer for a medical diagnostic imaging OEM on MRI and CT scanners. I spent a lot of time chasing mobile units around the country repairing imaging equipment at all hours of the day and night. After a few years I started my own company networking computers and doing special design projects and there was no time for ham radio. I later worked as a salesman of intellectual property for a mixed signal ASICs design firm. I worked with other hams and operated Field Day occasionally.

Other hobbies and children took more of my time. I became a private pilot with an instrument rating. I then delved into aerobatics and then took a couple of years to go back to school and earn a diploma in aviation mechanics to earn an airframe and powerplant rating. I worked for a brief time as a mechanic remanufacturing C-47 aircraft into BT-67s.

As my family grew up, we started to enjoy outdoor activities like mountain biking. My son, Benjamin, and I participate in many endurance mountain biking competitions. As a side to the competitions, I am now developing a cycling/biking application to measure power or energy expenditure using only the sensors in your smartphone.

Now that the family has grown up, I set up my father’s old rig and antenna and started to operate mostly CW. I learned that I could regain my speed and have now participated in many contests. One of my first observations after turning on the rig after many years of inactivity were the CWT sessions. I was amazed at the amount of CW activity and started to participate as a nonmember. I also enjoy helping other operators learn code by completing QSOs at much slower speeds. I often get a thank you QSL card from them, many saying it was their first CW contact.

My current station consists of an Icom IC-7300 running barefoot (100W) to a four band trapped vertical (40m-10m) at ground level with thirty-two radials. Imagine my surprise, that the nice wet marshy ground around my house is like magic dirt for this antenna and I seem to work everyone I hear, often successful on pileups. I intend to upgrade the antenna to get on the WARC bands and add 80/75 meters.

After learning about CWOps, I had the intention to apply at some point, but the nomination by Hank, W6SX was the encouragement I needed.

Thank you and I look to pay it forward, like my mentors did for me.