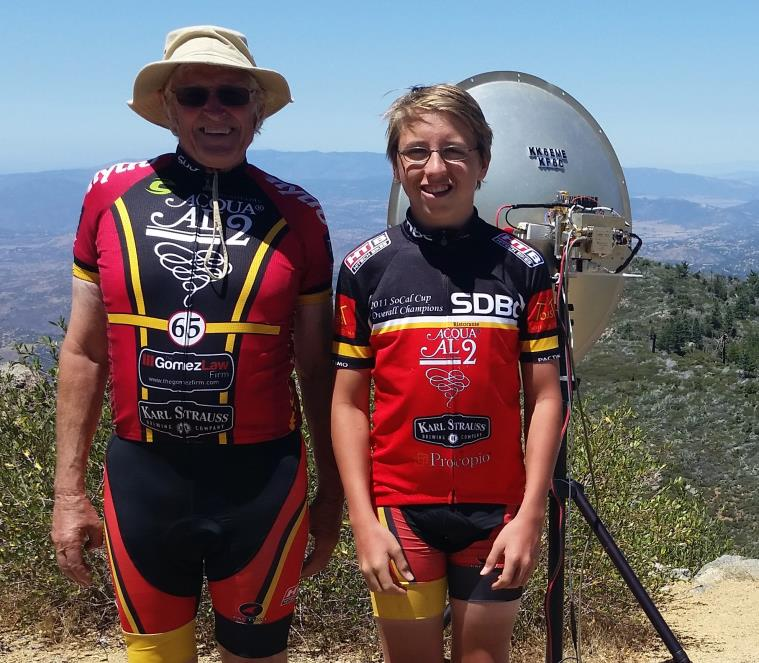 Introduced to ham radio by Sid, G2AXI ,at age 15, when he showed me his 2 m rig, an Eddystone 358 and home brew TX. My first 2 m receiver was a concoction of WWII stuff and a broadcast receiver. I progressed though home brew converters, tube and solid state and a BC342N, which I converted to solid state.

Serious bicycle racing for 5 years meant no ham radio. After that I worked at Plessey semiconductors managing test and calibration. From the first communications radio specific integrated circuits of the production line, I built a 2 m SSB transceiver when SSB was new on the band. A 30 watt, high dynamic range, digital readout transceiver 4 x 6 x 10 inches, when an FT101 or tube transceiver was the norm, a serious advantage for mountain topping. My home brew was tested by Plessey and I was transferred to applications.

Sent to the USA when CB was all the rage. I was working on a transceiver for Hallicrafters but they could not resolve their financial situation. A difficult time for USA ham radio manufacturers, I ended doing too many designs that went nowhere including the Palomar PTR130, and Dymec DR333.

I did communication radio design for 35 years and was a consultant for front end design and antennas for medically implanted devices for 15 years.

My wife and I have 6 children, 2 biological and four adopted. I spent a lot of time with them bicycle racing, two of the girls gaining 3 national and 36 state titles. Two of the boys are licensed; Alan KA6PPC and Andrew KK6EME. Alan wrote radio firmware for our company since 14 years of age and SDR software with no more than a mathematical outline from me in 1993. Andrew has helped with the renovation of many boat anchors, built many Elecraft radios including a K2/100 at age 6 and helped with many 10 GHz HB transverters.

Extremely disappointed in west coast VHF contesting, I did little beyond testing radios for many years. I am competitive but other than 10 GHz found little interest in other contests except for SKCC WES events. I started working them with Andrew, both had great fun.

I struggled with my difficulties in stopping my mind lock onto decoding CW by counting, it has been difficult, and still is at times, to think of a character’s sound not its make up. I may have put Andrew off by insisting he learn the code using modern methods. He is bright and the code may have come to him with little effort. His greatest delight a CW QSO in a 10 GHz contest, it was not that slow.

Only in the last few weeks have found three ways of finally breaking my counting habit:

Listing to limited groups of words at above 30 wpm.

Using a Morserino in the echo mode.

Touch typing the received code combined with head copy while looking away from the screen.

My story is all radios, bicycles and family. As the radio part is both work and play, it is quite long.