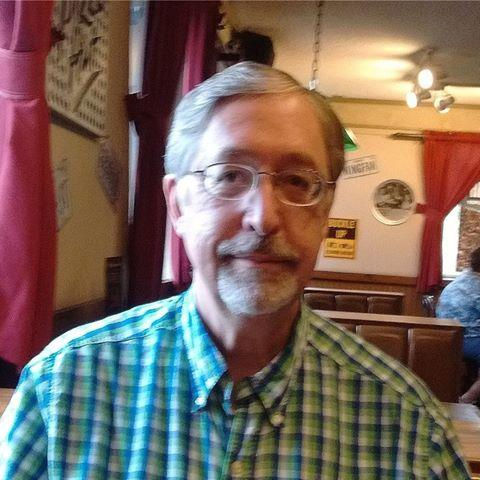 First, let me thank CWops for having me, and for Bud, AA3B, for nominating me and to Ed, DK1WI, Bill, K3WJV, and Mats, RM2D for sponsoring me. It is my pleasure to now be CWops member 2195!

I am a retired electrical engineer and technical writer, having retired in 2002. Born and raised in Hazleton, Pennsylvania, I obtained my Novice license, WN3GYT, on 30 November 1966, thanks to the efforts of Emil, W3OHX. General class came in July 1967 and Extra in August 1969. When I moved to New Jersey in 1977, a callsign change was required, so I obtained K2PH.

Upon moving back to Pennsylvania, I was able to obtain K3PH. Apparently, nobody else wanted it!

As a Novice, I was convinced that I would give up CW forever once I got my General class license, but a strange thing happened. It turns out that once you get reasonably good at Morse Code, it actually becomes fun! Who knew?

I became involved in contesting in 1979, largely as a result of becoming friends with George, K2DM, and Steve, N2IC, while working at Bell Laboratories in Holmdel, New Jersey. Steve and I actually shared an office for a short time before he moved to Colorado. My first major effort in a contest was the 1979 CQWW DX CW contest. When I remarked that it was fun, but a few stations were sending faster than I was comfortable with, Steve gave me exactly two words of very sage advice: “Get faster.”

In the 1980s, I lost some interest in contesting, but then I met Gerry, W1GD, at Bell Labs, and he reignited my interest. Gerry convinced me to join the Frankford Radio Club in 1990. The rest, as they say, is history.

I hope to meet YOU on the air!