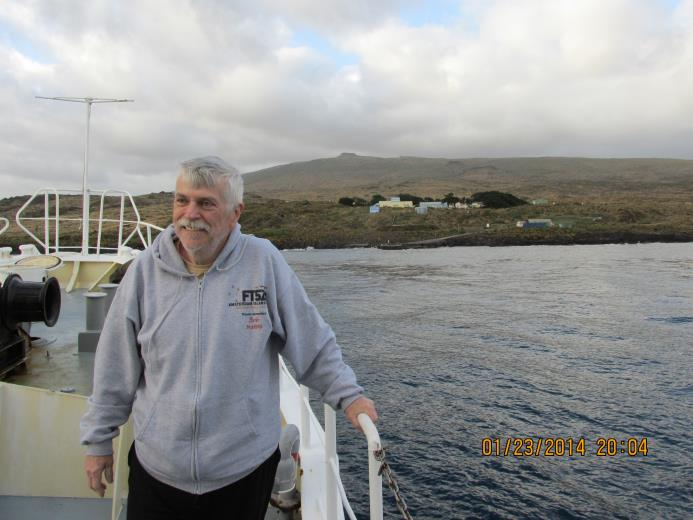 Bob Schenck is a consummate DXer and QSL manager. First licensed in 1965 at the age of 14, Bob quickly immersed himself in the many fun facets of ham radio ranging from civil defense, a plethora of club memberships and leadership positions, ARRL volunteer positions, traffic handling, public relations, contesting, and, of course DXing. He has been intimately involved in international DXing. Bob was the Vice President International DX Foundation (IDXF) 1978-1984, a member of Board of Directors International DX Association (INDEXA) 2013-2017, and is currently the President of INDEXA (www.indexa.org) and President (and charter member) of the South Jersey DX Association (www.sjdxa.org) . Bob is also a charter member and past president of the Old Barney ARC (www.obarc.org) . He also serves as ARRL ASM for SNJ.

Bob has been the DX Editor for CQ Magazine since 2015.

An ARRL life member, Bob has achieved DXCC #1 Honor Roll and 9 band DXCC. He has won the ARRL DX contest along with several others over the years.

Bob had an early interest in QSL management and has been the QSL manager for countless interesting and rare DX stations. In 2001, Bob Organized the QSL Manager’s Society whose primary purpose is to have a single point of contact on the web for “quality” QSL managers and attempt to SAVE old DX logs. The results of this endeavor are shown at http://www.qsl.net/qslmanagers.

Another of his interests is collecting and preserving logs and QSL cards from various DXpeditions, especially older ones. Thus far, he has preserved logs containing well over one million QSOs.

Bob does more than manage QSL cards; he helps generate them by participating in many DXpeditions. His first was in 1979 as VS5OO in Brunei where he was also on the first attempt to activate 1S1DX Spratly which was thwarted by mortar rounds from the island. Among others of note were 9M6MU, Sabah East Malaysia, KP2A/D, Desecheo, KP2A/KP1, Navassa, XX9OO, Macau, SV5/N2OO Rhodes, V85OO, Brunei, VS6/N2OO, Hong Kong, 9M6OO, Spratly, N2OO/KH9 Wake Island, BQ9P Pratas, VK9LA, Lord Howe Island, and FT5ZM, Amsterdam Island. Many of his DXPeditions occurred multiple times, especially his operations from 9M6 and V85.

Of all of Bob’s DXpeditions, his 5-week 1991 DXpedition stands out. This was Bob’s “Honeymoon DXpedition” with his bride, Beth KF2BQ where they operated from Brunei as V85OO and V85XYL, from East Malaysia as 9M6OO and 9M6BQ and from Hong Kong as VS6/N2OO and VS6/KF2BQ.