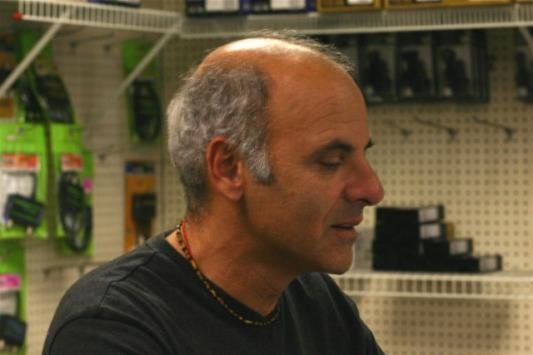 I can’t believe I’m back after two 20-year lapses!

I’m from the Philadelphia area. I was a precocious reader a prodigy and won my share of awards but never played outside with the other kids.

One day our fifth grade teacher brought in a student who taught four of us to get our licenses. I was 11 and became K3IOK. I joined the all-student-age Germantown Radio Club, K3MTK, filled with some brilliant guys. It was so exciting and foreign for me. I took many a city bus to there and to the Mt. Airy VHF Society, also a number one club. I was a Mobile Sixer with a Saturn 6.

I shopped at my city’s ham stores and secretly cut school and took the train, which was cheap, to New York, then the 7th Ave. IRT down to Radio Row, came back and smuggled the stuff into the house. I once built a Heath HG-10 VFO, with an extra ounce or so of solder, I think, that worked anyway. I found out that I thrive more with people than with things. Elmers were made for people like me.

I dropped out of radio as a teenager when I was too young to lie to the FCC that I had operated enough to renew. A while later I left a couple of top Ivy schools and hitchhiked with a nickel or so through 37 states and 8 countries. I ambled back east, found my devotion and became an award-winning studio advertising photographer. My best friend pulled me into show biz including Broadway, a most wicked environment, which I escaped and then spent decades in sales and business and gradually became a little more normal.

By chance I saw CQ and QST on the newsstands and said, is that stuff still around? I got relicensed after a 25 year gap, got really into it, hit the hamfests, had CW mobile for my commute, joined the great FRC whom I’d met as a kid, put up towers at my new deed restricted house, then helped open HRO in Delaware, stayed there 20 years, had tons of friends and fun. I contested, guest operated at the very best stations with the very best guys and was in the swim of things. I went to Dayton with the gang; my first time flying out in a small plane with our section manager. A motorcycle accident ended my reign at HRO and I shifted gears again. Attached is a photo of me at the store.

I then dropped out of radio again about 20 years ago and am surprising myself by returning modestly, at least so far. I want to do some low power unassisted CW contesting. We have another call, WN3K, for WPX. My modest station which needs way better antennas is on a hilltop an hour from Philadelphia, where I am married to the most wonderful woman imaginable and can’t get enough of our dogs and cats. Looks like I’ve settled down.