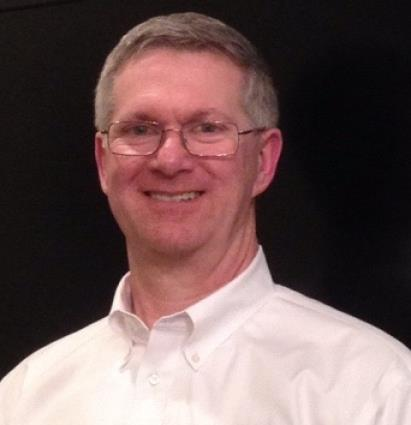 CW has been one of the great joys of my life. Even when I haven’t been active, since I was a child, I’ve sounded out — probably hundreds of thousands — of road signs and TV commercials… always challenging myself to get it all sounded out before passing the sign or before the commercial fades.

I didn’t always sound code out, having memorized the actual dot/dash characters from an encyclopedia one evening in the basement of my parent’s house at 12 years old. At 13 came the records and having to relearn the code by sound.

You know, there are so few constants in life. For me, God is the ultimate constant. And here on earth, not much else — math, science (even that changes), but CW has always been one for me. I wouldn’t write this to most ham groups, feeling they might not understand, but I know this group does. CW is always there. It never changes. It was beautiful the first time I heard it, and the most recent time (5 minutes ago) as I heard 4O4T running on 40m. It’s beautiful. It’s useful. It’s something that sets us apart. It’s something that brings us together. And I love it. And I’m so proud to be a new member of a group of people who love the code like I do.

However, for nearly 44 years I was always frustrated by my inability to move past 20 wpm. I was pretty much stuck there since 1976. Until this past fall, when I met Joe, KK5NA that is. Joe has a gift for teaching speed — both sending and receiving. Having taken his Advanced CWA class, I’m now sending, I believe acceptably well, at 40 wpm, and copying standard QSO’s at that speed extremely well — even extended versions. I’m extremely comfortable rag chewing at 25+ and that is coming up quickly as I’ve had some lengthy convos at 30+.

My story (from my QRZ page):

I began my amateur journey in 1975 mentored by Elmer WB4ECE (later N4YD, SK), without whom I would never have made it. Rest in peace, Paul. And thank you, my friend. And thank you for being a man that a 12/13 year old boy could spend a year of Saturday afternoons in your basement (building Heathkit equipment) and shack (working all kinds of DX) and without a single worry. You were the kindest, most selfless man I’ve ever met. Much respect.

The skills I learned from Paul built the foundation for everything I’ve ever achieved. Specifically: worthy outcomes are available to anyone willing to discipline themselves to tackle complex issues…and further…when kind people help others to do so there is no limit to what can be achieved.

And most important is to give back along the way.

I didn’t realize it at the time, but Paul was a Titan. He had an amazing station and we easily worked every corner of the world.

Paul wasn’t a theory teacher and suggested I take a YMCA class where I met Cal, K4JSR (sadly also SK). Cal had a gift for teaching theory, and I also owe him much thanks and respect. Cal made it possible to remember anything with what I call his “magical mnemonics.”

In June of 1976 I sat for the General, and during the code test sat for the Extra at 20 wpm and passed! I also passed my General that day and became WA4YZA.

I tried for quite some time to study for / pass the Advanced Class and between girls, cars, and jobs just couldn’t get it done. Between those distractions, the ‘wood pecker,’ band congestion, changing sun spot conditions, and an onslaught of CBers I wandered in the wilderness of ham radio for decades.

Eventually, after having been through Air Force ECM electronics training, and a technology career, studying for the Extra seemed much easier than Advanced when I was a teenager. A couple weeks of study and I became an Extra Class operator. (Telling on myself — I did have to reach out to K4JSR a few times to get some of his magical mnemonics.)

I traded WA4YZA for KD4Q, and I hope to work as many CWops members as possible; and hope you’ll listen out for my call.