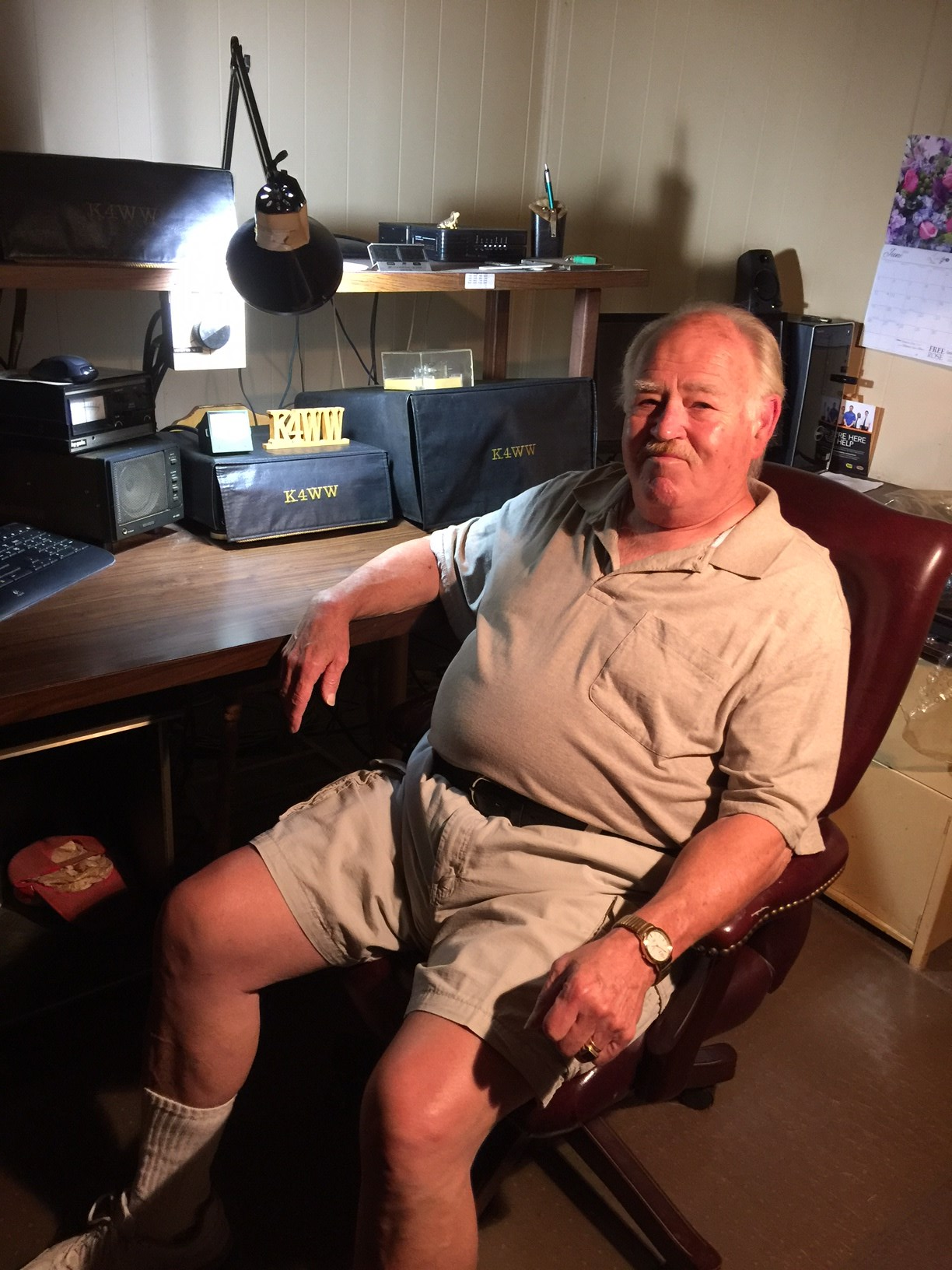 My introduction to Amateur Radio was a direct result of the CB explosion of the late 1970’s, early 1980’s. I had been on CB since the early 1970’s and I can honestly say that I thoroughly enjoyed it until the FCC classified it as a hobby, and made licensing at no cost, without any “real” enforcement. By early 1980, it had become intolerable.

I noticed, and attended, an adult education class, which was taught by volunteers from Amateur Radio Transmitting Society of Louisville. After completing that class, in December 1980, I anxiously awaited the receipt of my Amateur Radio license. On February 4, 1981 I received KA4TAY. Upgrades required testing before an FCC official. In October 1982, I passed the 13 WPM requirement for General class, and the written exam for Advanced class. I upgraded my call to KI4DC, and vowed to never, ever operate CW again. Little did I know!

In 1996 I upgraded to Extra at a local VE testing site. I went there feeling completely comfortable with the written portion and passed it. I was encouraged to at least, make an attempt at the 20 WPM required for Extra class. No one was more surprised than me when I passed the 20 WPM requirement. After passing, I upgraded my call to K4WW through the FCC vanity call program.

I was introduced to contesting in the 1982 ARRL 10M contest at the suggestion of two locals. Much to my surprise, about a year later I received 1st place KY section, and was hooked. Most all of my operating is contesting or chasing DX. I prefer the shorter duration contests, and seldom seriously enter the longer duration ones. I’ve been fortunate to have worked, and confirmed, all 340 currently active entities, along with 5 deleted, mixed mode.

I became interested in RTTY contesting in 1997. I have 325 currently active entities worked and confirmed on RTTY.