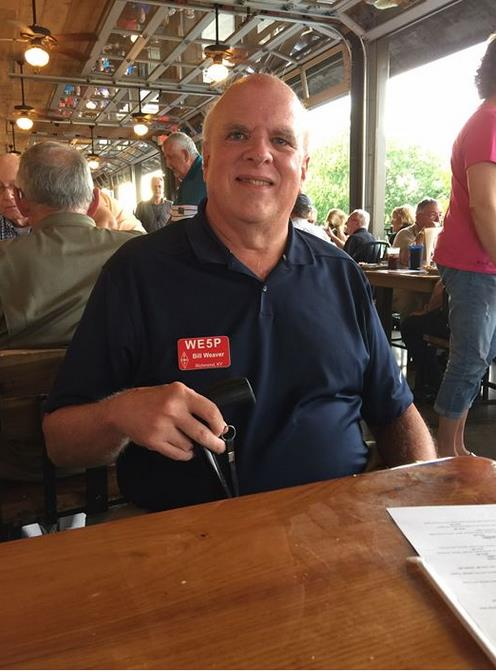 I’m a retired engineer from the medical device industry and live in Richmond, Ky.

I grew up in Westmoreland County, Pa about 45 miles Southeast of Pittsburgh. With the help of my Elmer, Roy W3QCP (SK), support from my parents and much study, I passed my novice test in May of 1968 at the age of 13 and received WN3KMA in June of that year.

With a Globe Scout Deluxe, an old NC-125 of my father’s and a hand full of crystals, I was off and running. About a year later I passed the general test at the Federal Building in Pittsburgh. At the next quarterly test session in the fall I flunked the advanced test, or so the examiner informed me. I had a difficult time with that test and didn’t have too much trouble believing that I had failed. Six weeks or so later my ticket arrived in the mail. The test was apparently misgraded by the examiner or a clerical mixup in Washington? I’ll never know and didn’t ask!

I had an on and off history in ham radio after high school starting with a 12 year stretch of living in college housing and rentals as a young engineer in Houston, Tx. I finally bought a home in 1985 South of Houston and I got serious. I upgraded to Extra that year and received the call WE5P. A few years before that I met Dave, W5PWG (SK) a colleague at my new place of employment. Through Dave’s association with Bill, K4LTA I received an invitation to make a trip to J6L for the upcoming 1988 ARRL DX CW. This was followed by consecutive trips to J8 and J3 the following years. This was no doubt the highlight of my ham radio “career”. I was active on the Gulf coast until the mid 90’s when, due to heavy workload (and truthfully, job burnout) I entered another down time.

Following a 2010 move to Kentucky I finally got bitten by the bug again and at the end of 2018 I bought a rural property in Richmond, Ky. With renewed vigor I have been building my station unencumbered by HOAs and neighborhood RFI (mostly!). Lots of work remains but I will get there with a lot of help from friends.

While still operating from a temporary setup and new K3S running barefoot, I have been enjoying participation in the CWT, contests and chasing DX while trying to shake off the rust of 20 years and adapt to the progression of age.