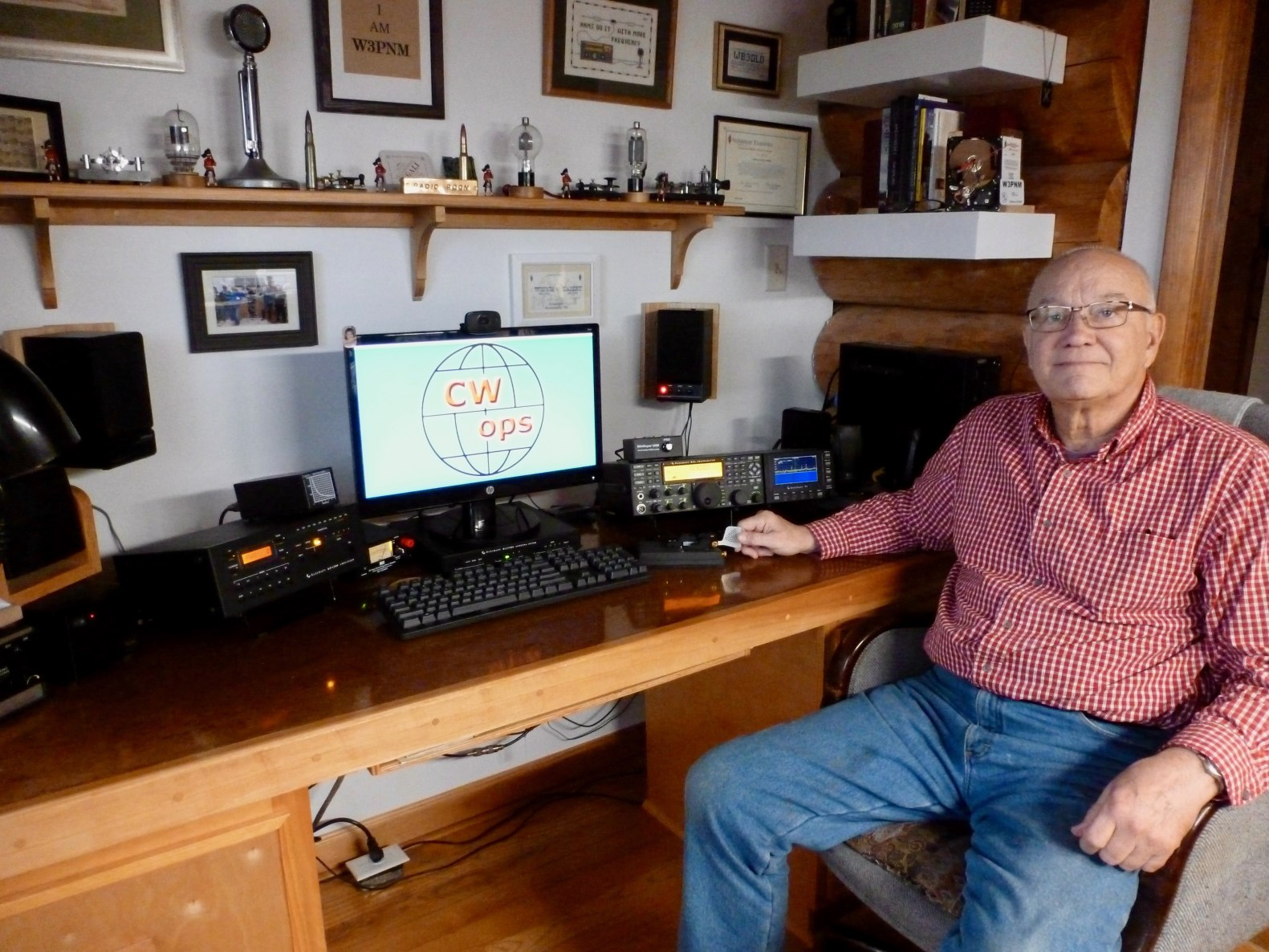 After graduating from high school in 1966 and college in 1970, I decided it was time to grow up and I joined the U.S. Army. As a chemistry major, I became a training officer at the Army’s Chemical Center and School in Anniston, AL. I got out of the regulars in 1973 and spent the rest of my service in the reserves until discharged in 1976.

First licensed in 1976 as WN3DLO, I upgraded to Technician the following year and General in 1979. In 1981 I drove to Philadelphia and passed the Advanced class exam in front of one of those steely eyed FCC examiners. Those were the days!

My first rig was a home brew, crystal controlled 80/40M transmitter and a Hammerlund HQ-160 receiver. Not long after, I bought a Ten-Tec Omni D. I still use the rig from time to time and consider it one of the best CW transceivers ever made.

In 1984 I took an extended break from the hobby to start a business and raise four daughters. I got back into ham radio in 2011 and upgraded to Extra in 2015.

When my Elmer passed away and in tribute to him and all he taught me about the hobby, I applied for and received his call sign W3PNM which I hold to this day. Mike had a career as a Merchant Marine CW operator and I’m sure he’d be happy to know of my induction into the CW Operators Club.

I’ve been retired for three years and thoroughly enjoy it. Had I known it was this much fun I would have done it twenty years ago. I’m usually up by the crack of 9 am and try to have at least three to four CW rag chews a day.

My favorite mode is obviously CW with a little bit of digital from time to time. Now that cycle 24 has relegated my 4 el beam and tower to lawn ornament status, I spend time working on ham related Arduino and raspberry pi projects. Building low band antennas is another passion. I hope to have a full wave loop for 80/40 and an inverted L for 160 by summer.

In addition to ham radio my hobbies include having fun with grandkids, woodworking, walking with the XYL and reading.

My current equipment includes the Elecraft K-Line, some Macs and PCs and a Begali HST as well as other straight keys, paddles and bugs.

In addition to my Level II & III instructors N3HEE and KK5NA, I’d like to thank my Level II classmates, K2KRG and N4PIR for convincing me to sign up for Level III. Had they not done so, I wouldn’t be a member of CW Ops!