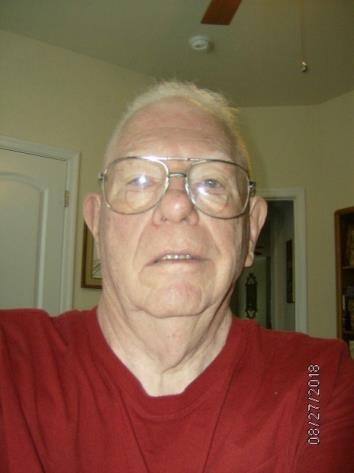 First licensed as WN8OKT in 1953, followed by W8OKT in 1954 and active until through high school. Operating time was spotty during college years. Licensed as DL4VY when stationed in Germany in 1960s, using unit’s HF rig.  Fairly active in NC and PA until about 1970 when kids, job, grad school collided. An Army Reserve assignment led to a long term career as DA civilian in VA. Very little activity as K4KSR until retirement in 1999 when time and new QTH in York County, VA  made it feasible to enjoy the hobby again.  Came back with a DX-60, the best boat anchor ever owned.  Became adept at totally clandestine antennas, primarily two 40m Windoms at 45º angle that provided fantastic coverage on 20m and some 70 QSOs with Rex, ZL3DY (SK).

Discovered the DX-60 puts out 4.7W carrier in the (keyed) AM mode and just under 500 mW in TUNE mode and became hooked on QRP/QRPp. Adding a few dB more than DX-60 at full power wasn’t going to make much difference and serious high power was not an option. QRP simply provided more fun for the dollar and effort invested. The DX-60 gave way to a K1 that I still use for portable operation. Built experimental filter board for 10/17 mod to K1. Not much over 1W output, but enough to know I would want a K2. QRPp started as a lark because it was available, but provided surprising results when conditions permitted. It took a while, but completed WAS and DXCC at ½ watt. My only plaque for contest achievement is for second place (non-TX/QRP) in Texas QSO party running 100mW. Conditions were good and the chase was on to lower total power output for WAS and DXCC.

We moved  inland to central Virginia in 2010 — into a house on a hill with tremendous attic space and HOA forbidding any transmitting antenna.  That started a series of projects to fit fan dipoles under the high peaked roof.  One covers 80-10m with full size 40m dipole that also serves 15m.  The second is perpendicular to the first, covering 40-10m and providing great complementary coverage. A third fan dipole covers WARC bands. A used K2 provided access to 10m that really opened up QRPp opportunities. N4BP contributed a 20 dB attenuator, permitting output down to 1mW. Total power for 50 states is now just below 2.0W and “best 100” DXCC is just below 20W.  While this sounds impressive, it is possible only with very good ears and major antenna at the other end. Current solar inactivity puts this quest on hold, but 5W still does pretty well if you have realistic expectations.

The great bureaucratic achievement has been getting HOA rules changed to permit wire antennas and self-standing verticals — although I see little incentive to build such because the modest attic antennas are remarkably effective and RF grease doesn’t wash off.  Portable antennas have progressed through a series of projects.  The primary truck mounted vertical is now a 50 year old 12AVS with homebrew extension to cover 40m, approximating a 4BTV.  The home brew “packemup” vertical with 3ft sections has evolved to include a trap for 15m that reduces 20m height to 15.3 ft with manually tapped load coil to cover 40m & 30m.  That height raises 40m radiation resistance just enough to be useful.