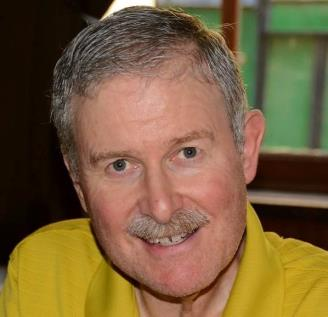 I am honored to have become a member of this exalted group of Morse Code lovers. I am extremely grateful to Tom W8TK for nominating me, and to K5UV, K7AZT, W6KC, and W6SX for their quick sponsorships.

It all started for me with the building of a 50-watt Novice crystal-controlled ham radio transmitter with my dad halfway thru high school, my fascination with radio that is. That first DX contact on the other side of the world with a radio station I had assembled with my own hands had me hooked on a hobby that so far has lasted 52 years. Not only that, but ham radio directly led to my choice of a career, and I was soon off to obtain a BSEE from Carnegie Mellon University. My 39-year career as a front-end digital design engineer took me to Long Island, to Los Angeles, to San Diego where I spent most of my career (and raised a family), and finally to Tucson where I retired at the age of 61.

My career as a design engineer paralleled the evolution of modern-day electronics from TTL logic, early microprocessors executing software to perform functions previously relegated to hardware, early FPGAs thru complex FPGAs serving as a system on a chip, and all the way thru to 90nm full custom ASICs. Design entry methods along the way transitioned from pencil & paper using logic templates, schematic capture programs, assembly language, C, Verilog, and to VHDL. Design verification transitioned from a lab bench touching real hardware to complex simulation methodologies performed on a computer workstation. From startups in garages to the world’s largest electronics companies, individual contributor to management, I saw it all.

Much of my career centered around preparing information to be transmitted thru imperfect communication channels in the presence of noise and the recovery of that information at the receiving end of the channel. Along the way, I designed systems to add PSK data to public service radios, CPM computers that preceded the IBM PC, magnetic tape drives, CD-ROM mastering hardware, an arbitrary wave form generator, a sound card, cable TV decoders, an address lookup engine in a gigabit Ethernet switch, a Fibre Channel ASIC, and cell phone modem ASICs. These are just a few of the product areas that saw my designs. I am a named inventor on several CDMA patents.

Enough of that, let’s get back to ham radio. The 52 years mentioned above is the length of time I have been continually licensed. The first two years of being licensed were well spent in that I became proficient in Morse code. College, career, and family along with an interest in flying took a bite out of the next 37 years wherein I was almost never on the air. That all changed thru a somewhat random series of events in 2008 when I entered the IARU HF World Championship on a whim and won the single-op mixed low power entry category in the San Diego Section. That was it. In that single 24-hour period, I got hooked on the sport of amateur radio, contesting. I was a little rusty with the CW, but once learned well, CW is a lot like riding a bicycle in that the skill stays with one for life. I have been an avid CW contester ever since. Speaking of a bicycle, mountain biking is another one of my hobbies.

I have given the following ham radio presentations:

I manage the Arizona QSO Party www.azqp.org almost single handedly but have received some help from CWops member Curt K7ZOO.

My QRZ page K6WSC has an extensive list of my contest accolades, the pinnacle of which is my 2022 WRTC NA9 Qualification Standing of #10. There are also lots of station and antenna pictures. I am a member of the ARRL, Arizona Outlaws Contest Club, Catalina Radio Club, Radio Society of Tucson, the Southern Arizona DX Association (President 2018), and now the CW Operators Club.

Again, I am honored to become a CWops member.