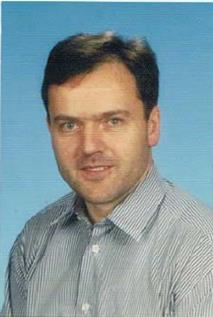 My name is Armin Sturm, call sign DK9PY (http://dk9py.myvnc.com/index_eng.htm) and a ham since 1976. One of my hobbies is playing music (piano and guitar) and had piano lessons, when I was 8 years old up until I was 14 or so. Due to this, it took just about 6 months from scratch to 60 CPM, when I passed the class A license in 1976. Since then I was QRV in CW only (which I still do, CW only station) and took part in various contests and had thousands of ragchewing CW QSOs, which I like indeed. Nowadays my CW capabilities are in the range of 350 to 400 CPM, which I constantly prove with RufzXP or CWFreak, which both are nice tools to enhance the CW capabilities.

Due to job reasons, lots of business travel into Eastern Europe and the middle East and other family commitments, I had to reduce the ham operations during 1989 and 1997 to a “normal” level but was always active over the weekends or when time allowed. I am employed since 1985 (33 years now and passed so fast) at Motorola Solutions as a Systems Engineer designing large trunking communication systems like TETRA, ASTRO P25 and DMR with all the peripherals like in-house systems for tunnels and airport terminals, µWave, WLAN and all the other funny comm systems for public safety, transportation and utilities and since a few years LTE.

From the very beginning I was a CW station only. Although I received many recommendations from many amateurs to join CW organizations over the years like HSC etc. I did not have the time and drive to do so. Therefore, the recommendation QSLs from the early 90s are still in the cupboard. When Jim (N3JT) asked me recently if I would be interested in becoming a member of CWops I was very interested as I have heard many interesting things about CWops and the various activities. Within quite a short time I received the nomination and was sponsored by the required number of current members. So, I am proud to be a member of CWops and membership number is 2062.

Beside of QSOing and contesting I am very active in building various antenna systems, PA design using tubes and/or MOSFET and tower construction over.

Started in 1976 at my parents’ house with just with a few dipoles, then moved into my new house in 1983, where I had the opportunity to erect a 60 ft crank up tower with a 3-band beam and some dipoles for the low bands. I recognized that this is not competitive in contests, so had to go the hard way installing 5 el. Monobanders for the high bands. After a while these antennas have been destroyed by a major storm passing through Germany in 1990 (of course it was too big and heavy for the little tower and the rotator). Luckily the tower survived. Then I had to look for other alternatives and it ended up with a log periodic antenna design, which took me almost a year to design, test and build. This system has a boom length of 50 ft, 14 active elements and is in addition the support structure for a 2 el. Diamond shaped Quad for 40m. With this design I was able to run any contest and being in the top ten always. In many other contests like WAEDC or WAG it is in most cases under the top 3. BTW, the tower has been replaced in 1997 from 60 ft to almost 100 ft free standing. Since this time the antenna hasn’t changed.

Together with my XYL I started in 2010 various DX activities to Mauritius, Guadeloupe, Martinique, Jamaica, La Reunion, Mayotte and Sri Lanka. If you want more details, then you may see https://www.qrz.com/db/dk9py.