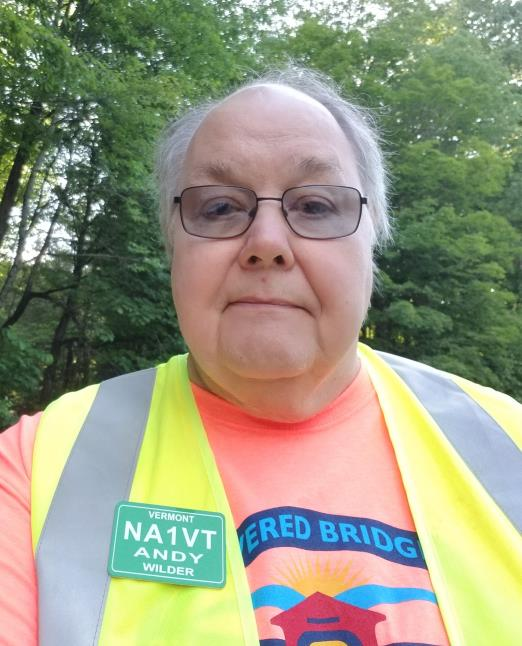 First licensed in Taunton, Massachusetts – Novice ticket as WN1ISH in 1967, General as WA1ISH in 1968, Advanced in 1969. WAS while still in high school. Stupidly let my license expire in the 1970’s.  Got back into this great hobby with my Technician ticket as KC1AMC in September of 2013; got my General and re-acquired my WA1ISH call in December 2013. Finally, in August of 2014, I passed the Extra exam. In January of 2015 I changed my call from WA1ISH to NA1VT.

Running a Yaesu FTDX3000 with Palstar AV1500CV tuner on HF with an Acom A1000 amplifier. Antennas include a 43′ vertical, 54′ end fed longwire, and on the tower are a dual band EA 2M/70CM Yagi topped with a 6 band NA4RR Hexbeam. For backup there’s an FT450D; I also am involved with DMR and the Connecticut Valley FM Association – public service events, etc.

My working days encompassed two careers.  The first 20 years were spent in radio broadcast, mostly in engineering. I then worked for 22 years in the retail digital print industry (though it was hardly digital when I started). I retired in early 2017.

Have done a lot of JT675 and FT8 in the past 2 years but wanted a challenge and it was to get back into CW. Thanks to CW Academy, Chris W4ALF and Jerry AC4BT, that has happened. With that I find that the door to QRP has opened, so that will be one of my priorities this summer. I also hope to mess around with some satellite work before the Vermont winter returns.