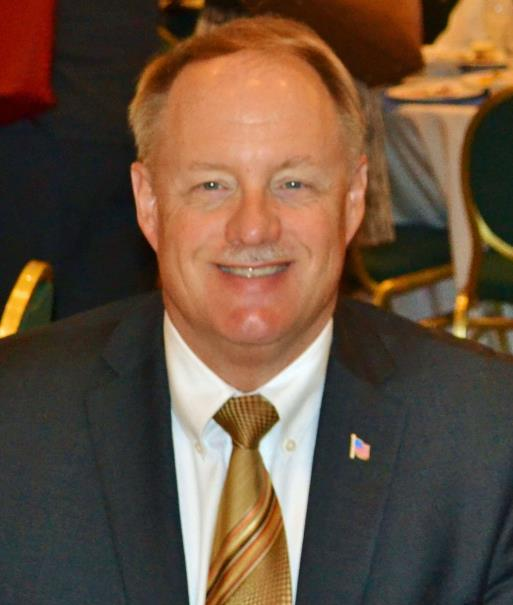 I was first licensed when I was 15 years old in Springfield, Missouri and have been a ham, off and on, ever since. My first rig was a Hallicrafters receiver (can’t recall the model) and a very used Heathkit HW-1 transmitter borrowed from Gerald McIntosh (W0WMW SK) with one crystal for 7.125 MHz. With a little tuning patience, that boxy HW-1 could pump out around 75 mighty watts of power–more or less! For an antenna, my dad and grandfather, Ellsworth Slack (W0DRP SK) helped me install an inverted vee up about 25 feet. That first antenna was largely a cloud warmer, but I didn’t know it at the time. Since all I could do was CW, I got plenty of practice–and practice I did! I couldn’t get enough of it, in fact.

After college, I joined the Army and became an armored cavalry scout and tanker and was sent to El Paso, Texas. I finished up my service in intelligence work before the Berlin Wall came down. Just prior to leaving the service, I met my future wife, MJ, got married and settled down in El Paso where I have lived for the past 32 years.

My career has mostly been as a planner, analyst and business developer for various organizations to include the City of El Paso, Johnson Controls and a few small IT companies. For the last seven years, I have worked as an analyst providing test and evaluation services on a large U.S. Army missile defense program. My job mostly involves research, field data collection and lots of technical writing and editing.

My ham radio pursuits are largely centered around CW and RTTY contests, but I also enjoy many of the digital modes and will occasionally participate in an SSB contest as my radio came with a microphone–might as well use it. I also really enjoy the weekly CWT contests when I’m not travelling or working late, and I might even get up the courage one day to take a shot at “running” a frequency. However, I’m usually found in the “S&P” mode of operation since I am still leaning the intricacies of N1MM+. With that in mind, please forgive me if I butcher a CWT contact–I’ll get it sooner or later.

My current station includes a Yaesu FTDX 3000, fed into one of three antennas. They include a rotatable dipole on 10-15-20 meters up 28 feet (driven element of an old Hy-Gain 2-element beam); a 40 and 80-meter wire inverted vee dipole up 35 feet at the apex; and a 30-meter inverted vee dipole up about 25 feet. I have other HF and VHF rigs, but the FTDX is the workhorse in the shack.

When I’m not on the radio, or working on “honey-do’s”, I can be found out on the golf course torturing myself! I can’t explain why I like golf, especially given my poor handicap, but it’s a fun way to “take the air” with my buddies. I also like to go fishing, when I am near water, but living in the desert has limited that activity, unfortunately. Finally, I love baseball. It’s most definitely my sport. I was born and raised a St. Louis Cardinals fan and will be until the day I become an SK! We’re also fortunate to have the El Paso Chihuahua’s Triple-A team to follow. Taking the grandkids to a game is always something I look forward to.

While I have participated in many pastimes over the years, amateur radio has been my most interesting pursuit. There are many reasons why I love the hobby, but it’s largely because I’ve always been fascinated with radio propagation and still marvel at emitting a small signal that can be heard around the world. Even in this age of instant, on-demand communications, it’s still fun to press the key or squeeze the paddles and imagine where my signal will end up, and it never gets old. Radio propagation was magic to me at age 15 and still is over 40 years later!

It’s great to be a member of CWops! I hope to participate in many events to come, and make new friends along the way!