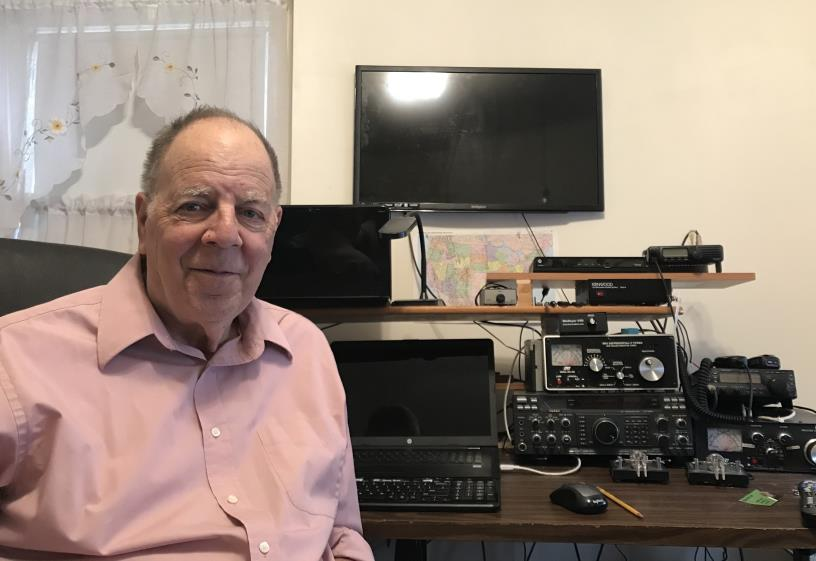 I am thrilled to be a new member of CWops and I want to thank Dave (K1VUT) for sponsoring me.

I am a graduate of New York State Maritime college where I was trained to be a Merchant Marine ships officer. For years I sailed on several cargo and passenger vessels and during my free time I would spend hours sitting with the radio officer in the ships radio room. During this time radio traffic was all CW and I was amazed how ships radio operators could so quickly and accurately copy CW in their heads. That experience began my desire to become a Morse code operator.

When I started a family, I came ashore and got a Master’s in Education. I then taught mathematics for the next 38 years. During the summer months I was hired as a ferry Captain and operated the boats between Wood Hole and Martha’s Vineyard and Nantucket. Towards the end of my working days I met a gentleman who not only was also a deep sea ships captain but a ham radio operator. We had lots to talk about and of course my ships radio room story came up. Two weeks later he mailed me a new copy of the ARRL’ s book “Now You’re Talking” and my life as a ham began.

I received my novice license in 1996 and was assigned the call KB1BXB. One year later I passed the Extra exam and changed my call to AB1BX. Since I was first licensed I tended to operated mostly CW. I have two older radios and dipole antennas. Not a big station but a station that I have lots of fun with. It is my little ships radio room.

I have been married to my wife Elizabeth for the last forty years and we have five grown children.

I am interested in contesting and enjoy mobile ham radio.