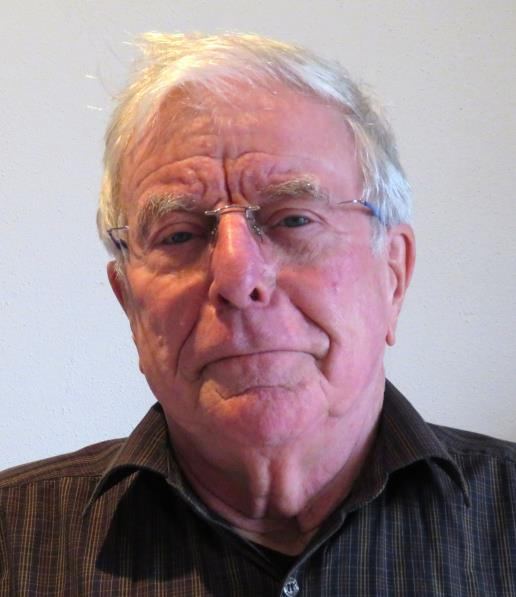 My SWL career started in 1960, and a year later, a schoolteacher brought me in contact with another SWL. That SWL became my best friend, and his sister became my girlfriend. A few years later we both got our licenses, my friend Frans did choose the call PA0INA and I became PA0ABM, the initials of my girlfriend Annie. A few months later we got married. The birth of our two kids, a girl and a boy reduced phone QSOs dramatically, and CW became the main mode of operation.

After my study as electronic engineer, I spent four years in the Royal Dutch Airforce, operating PI1RRS and teaching electronics. The next job, also the last one, was working in different departments of a chemical factory for almost 40 years. From 1967 to 1997 computers played a big role in my work.

DX hunting was not the main target for my ham operation. Most QSOs were made with hams from the United States. I wrote letters to the highway departments in every US State, to get their road maps. And with every QSO with a US ham, the right state map was on my desk, and I could note the county and sometimes even found the street where my QSO companion was living.

In 1981, I became a member of FOC and a year later I made my first USA trip to W7 land and enjoyed the extreme beauty of the Grand Canyon, and the colors of Utah. K7NHV, Al from Idaho was our guide in Yellowstone and the Grand Tetons. Al arranged a little get together with K7ABV, W7YB (W7LR) and some other hams in Bozeman/Montana. An eyeball QSO with my friend Walt, W7SE from Laramie/Wyoming was not possible because he was at that time operating HZ1AB.

In 1968 I got my DXCC. In 1969, I started working for the new 5BDXCC, concentrating on the lowest band I could work, 40 meters. In 1988 we moved to a new QTH were I started real DX hunting on the high bands. I became QRV on the WARC bands and my favorite band became 30 Meters. To be QRV on 80 meters for the PACC contest I used a long wire mounted on private ground. After the contest heavy rainfall caused a partly removing of this long wire. The piece of wire what was on private ground was thrown into my own small garden. Next day this strange wire construction did have an SWR of 1:1 on 80 meters and to my surprise I could work DX on 80 meters. A few months later I reached 8 Band DXCC CW. All contacts were made without using an amplifier.

In 1996 I started to write DX news for ELECTRON, the magazine of the VERON. (Dutch Amateur Radio Club). In 2005 I became the VERON DX Honor Roll manager, and helped to get this job done via the Internet. Last year I retired from this job.

In the nineties I became an Elmer of a couple of young guys who used my low power station in Phone contests. Those guys needed more than my station and became operators of PI4DEC, one of the leading Dutch Contest stations. Later they helped to set up the PI4DX contest station. I joined the PI4DX group as a CW operator. The station PI4DX is now in a rebuilding mode.

In 2002 my working career ended when the company I worked for ended their activities. We moved to my today QTH, the small village of Huijbergen, to get closer to the rest of our family. This move made it possible to use 160 meters, and I finished 9BDXCC (only CW). P5 is the only missing Entity (in any mode).

End 2017, my XYL died because of cancer. On March 24, 2018, (birthday of my ABM), I started to hike from the very north of the Netherlands to Santiago de Compostela in Northwest Spain. My companion was a Belgian woman, ham radio reduced to activate PG30EUDXC, PF80FOC, and PA530ROT outside contests, and PE75W and PF6W in contests. Rag Chew QSOs reduced to almost zero which caused losing membership of the FOC.

On April 6, 2019, after hiking in several intervals, my companion and I finished our hike to Santiago de Compostela successfully. Later that year, a lifetime wish, hiking the Grand Canyon with my grandson, became reality.

This year, I became back again on the bands, doing some DX-hunting and making Rag Chew QSOs. I made my first QSOs on 60 Meters and I the first QSOs ever on 50 Mc. If you miss me on the bands then probably, I am hiking. Alone in the nearby national park, or somewhere else, together with my best friend Rick, PA0RRS. Or I am QRV as OV2T or 5Q7DX, together with my Elmer group on the IOTA location EU-171.