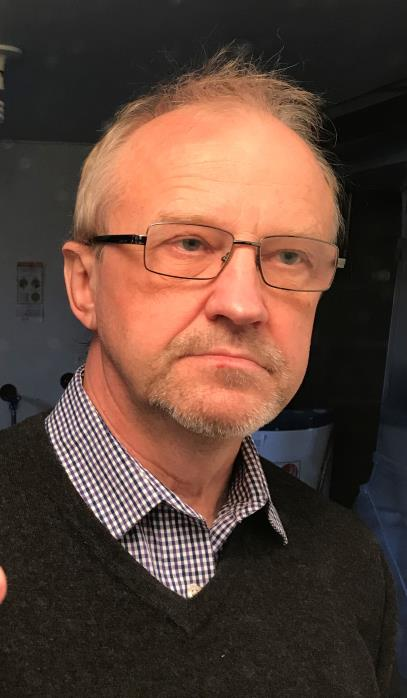 Some people were born with a silver spoon in their mouth. I was born with a solder in hands. Well, almost. Anyway, I was 9 years old when I first grabbed a soldering tool, and I never stopped since. One of my first projects was a single transistor blocking generator to make the beep sound, followed by an electronic bug. So I started to send Morse code. Then I started listening to radios trying to actually copy the code. Then I reached the level that I can copy the code actually with no speed limit except for a speed of putting down.

At the age 11 I became an SWL and an operator of club stations. Then in 1973 I received my first license. In the 1970-80-ies I was very active both alone and at club stations, and managed to reach quite some substantial results in domestic and international HF and VHF contests.

A few times my operation activity was interrupted by intensive university study, then numerous travels around the world and simply extensively time consuming jobs. Finally in mid-1990’s I finally slowed down a bit and was able to return back to ham life at a full speed. Since then I rushed DXing and contesting. You might have worked me as EU1SA, EV1M, EU1M, VE3IAE, CG3IAE, VE3IAE/BY4, and since 2017 I am VE3TM. Some people suggest, I’d better keep my VE3IAE call sign which was quite unique and easily recognizable. But still, I am also active in SSB and an extra character makes my call sign’s spelling too long. Besides, in CW the E in the end might sometimes be lost in noises. Therefore I started looking for an available 5 digit call and found VE3TM as a nice one.

I am active in CW, SSB and RTTY. I am in the DXCC Honor Roll (Mixed) and possess some other “big” awards like 5B WAZ, 8B DXCC, DXCC Challenge plaques, etc. I am an active contester sometimes reaching World Top 10 places in big international contests. I hold a few Canadian records.

In 1999-2005 I was President of BFRR, the national radio amateur society of Belarus. I stay BFRR to IARU liaison and IARU R1 HF Manager until now. I am President of the Belarus Contest Club.

Since 1990’s I have published dozens of articles in amateur radio magazines and 2 books.

In 2003 I published my own LoTW user manual which remains a reference book for many hams. Having 5 working languages, I have translated the Help part of the LoTW web site into Russian. So far it is the only non-English part of the web site. For the last 10 years or so I keep on translating CQ WW and CQ WPX contest rules into Russian.

My station consists of Icom IC-775DSP, IC-756ProIII, Cushcraft A3S, Hustler 5BTV and some homemade antennas. For several years I am only active in Low Power. An IC-PW1 is kept unused.

See you on the air.