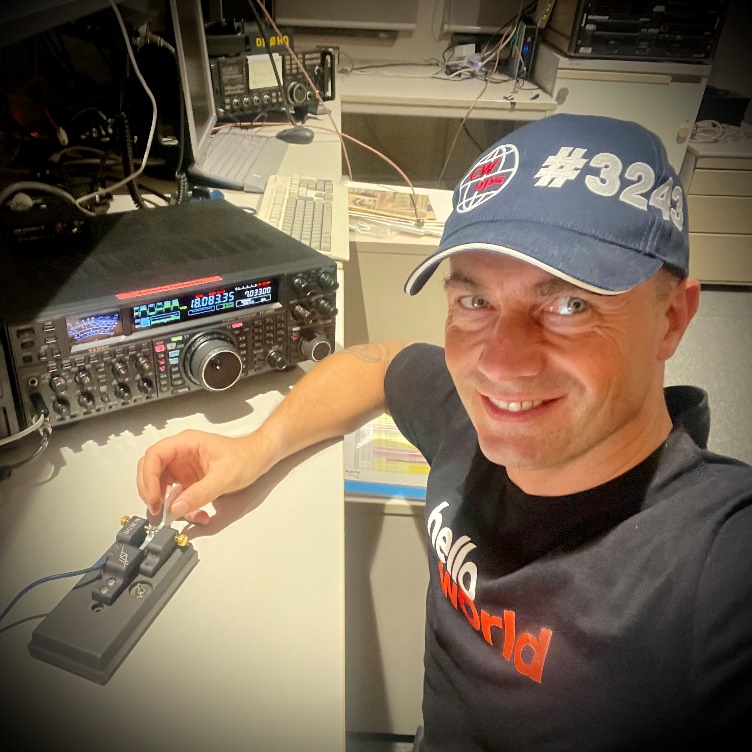 My passion for DX began as SWL when I was about 12 years old. Growing up in the Eastern part of Germany, modified tube radios and other homemade stuff were the only options for me. The fact that a licensed radio amateur (Y23GM) lived in the house next door probably also contributed to my interest in antennas. At the same time my enthusiasm for all broadcasting technology developed. That was in 1984.

After an apprenticeship I became a skilled worker for radio transmitters. Some years later I added a study in Berlin and became a communications engineer specialized in high frequency technology. In 2000 I got my amateur radio license, raised a tower next to my house but wasn’t really much “on air.” My passion was designing, building, testing with a single contact and moving on. With the start of cellular networks I was on the road every day for business to set up, measure or repair antennas or transmission technology. Thus, I fully parked all my ham activities. Several years followed in which I had the pleasure to deal in detail with the latest types of modulation and coding schemes and increasing complexity. With the introduction of self-optimizing technology and adaptive antennas, I felt that I lost touch with the actual hardware and would need a compensating hobby again, hi.

So back to the origin? Yes, around 2010 I dusted off the ham tech and got back on the bands. The digital operating modes were my playground. WSPR also had (and still has) its place to study propagation conditions. But all in all I realized that on the one hand basically machines were talking to each other and I wasn’t really involved in the fun. On the other hand, I love to travel and to be outside in the nature with low weight equipment and as few dependencies as possible. I squeezed an IT-security study in my life, where I specialized in mobile security. So being influenced by the daily handling of attack vectors and security requirements, I did add simplicity to my major ham criteria. While I was listening to the 2019 Christmas transmission of the Swedish Radio Station “Grimeton” , out of the blue the vision was born to make CW my operating mode for the rest of my ham journey.

This “let’s try CW” turned into passion and real commitment. One of my major supporting milestones is the AGCW program “Morsefreund” where I got my personal tutor Marcus (DJ1DD) assigned, who introduced me to all the operational secrets and brought me up to speed. By far the biggest motivation to keep going, I got from the CW Academy program. With Buzz (AC6AC) I got an amazing advisor assigned, who exactly knew how to motivate students. I’m thankful for every class. Last but not least, joining the famous CWTs (until my ears were bleeding, hi) helped me to better cope with both, QRM and numbers – a big thanks to all the great CW operators out there. My special thanks goes to Ivo (9A1AA) for his efforts with my nomination and all my kind supporters.

Time to sum up – I’m a CW latecomer who has found his destiny. DIT DIT