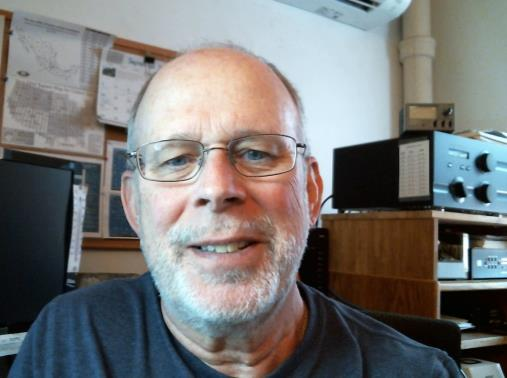 A sincere Thank You to the CWops who sponsored me for membership. What a wonderful surprise.

Like many, I got my start as a youngster with SWL. My early forays into electronics were aided and abetted by my parents having supplied me with radios that I disassembled for parts. This was in the 7th and 8th grades. BTW, I’m jealous of all you who made functioning crystal radios; no luck here, but I did build a couple of working transmitters while in high school. One of those served me well when I was licensed as a Tech in 1963 as WA3AER. That I became a Ham Radio op is due to the prompting I got from friends in our high school radio club, W3CDI. My parents continued supporting my avocation, because as a 6M Ham we got plenty of calls about TVI. It got to the point that I invited the FCC to visit and check for spurious emissions – a clean bill of health, but I still kept building and giving out stub filters.

College, work, and family intervened in the mid-70s and my licensed lapsed. Work, however, kept me deeply involved in electronics at Westinghouse in Baltimore. And, somewhere along the line I got a glimpse of the future of radio, SDR, which I doubted would ever be affordable for Hams. I’m glad I was wrong! If not for SDR and DSP I would not be able to operate from my urban QTH.

After 9/11 I got interested in SWL again but was troubled by all the power line interference. Curiosity led me back to Amateur Radio suppliers and the discovery that Ham SDR was available and affordable. DSP and newer NBs offered a path forward and I was relicensed in 2009, and reclaimed my original call sign and upgraded to Extra. Rigs have been IC-756, Flex3000, Flex5000, and now a K3. Originally only barefoot, I found an AL-80A in late 2015 and upgraded to an Acom1000 last year. I’ve progressed through a series of antennas, but now use a Hexbeam and 80/40M inverted-V for HF. I’m interested in DMR and find it growing by leaps and bounds. In addition, I’m active in contesting and supporting public service events.

Previously only a phone and occasional PSK31 operator, I wanted to contribute to my contest club, PVRC, in CW contests. Until about 15 months ago when I finally registered for CWA Level 1, my attempts to re-learn CW had fallen short of the mark. What was lacking was structure and the discipline to practice that comes with CWA. CWA Levels 1 and 2 and weekly CWT have helped improve my CW operating skill, which still has a long way to go. I’m blessed with supportive friends who have invited me to join them for CW contests. The big leap was 2016 CW SS; I think I dreamt CW for days thereafter.

With Solar Cycle 24 heading for rock bottom, CW has enabled DX contacts that would be impossible for me on SSB. I’m enjoying the CW learning path and it’s keeping my 71 year old brain active.