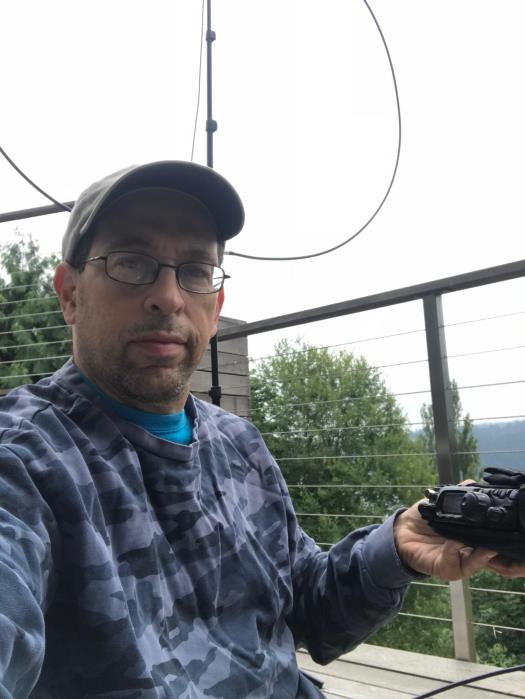 Thank you to Gary, W7EE, for nominating me, and to those who supported my nomination! I’d also like to thank my late father, a fellow electrical engineer who always wanted to become a ham and never did, for introducing me to the hobby.

I was licensed as KA3NJI in 1984 at age 15 in Maryland. I did basically nothing until the summer before college when I built a station and started operating very, very, very slow CW. I made a few hundred contacts that summer as my code speed crept up through painfully long QSOs. By September, I was ready for 13 WPM, and somehow passed the 20 WPM test. Over the next four months, I stepped through written exams and became an Amateur Extra (NF3I) at 17. The members of W3EAX (U of Maryland) picked me to coordinate exams. At 18, I became a VE, and coordinated monthly exams there for 11 years. I also learned how to contest from Andy, K1RA, the best contest operator I’ve ever seen.

Since moving to Oregon, I have been involved with Valley Radio Club, W7PXL, for which I am the station trustee. Five years ago, I founded a station at the Eugene Science Factory museum, which we operate every Saturday and use to teach the public about radio, electronics, atmospheric physics, and geography. I’ve taught 10 weekend Technician license courses over the past 2 years, helping over a hundred new hams earn their licenses, and taught several Morse code classes over our repeater.

I have always had an interest in QRP, CW, contesting and DXing, often combining multiple at once. I take great pride in busting a massive pileup with 10 watts and a dipole, or working the South Cook Islands with 500 mW SSB and a dipole. I spent many years operating mobile CW, watching my speed go from 18 to 35 WPM over a period of about a year once I started CW ragchewing every day. My DXCC tally stands at 247 (still a lot of ‘em left). I’ve had the privilege to operate from numerous foreign countries, and have been on the other end of (smaller) pileups. Work sends me all over North America, and I always bring the portable station, working FT8 and CW from inside hotel rooms with 3 watts and a mag loop.

Finally, I am very proud to say that my wife and daughter recently earned their licenses as well. Only our 11-year-old son remains…and he is actually already a seasoned phone contest op.

I could say more, but I’ve said enough. Hope to work you on the bands!

Thank you all for this great honor.