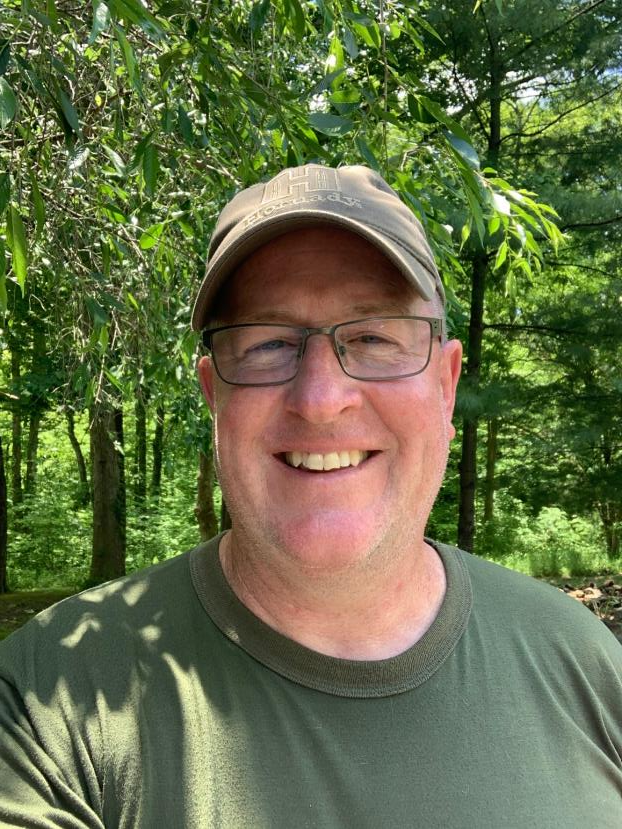 First, please let me thank CWops for offering such a great course for learning Morse code – the CW Academy. Thank you as well to each of my instructors, especially, Serge, who nominated me. Thank you to those who sponsored me and finally a special thank you to all the new friends I made during the course.

My first introduction to amateur radio was when my father told me about a radio he made for my grandfather who was on assignment for the government in South America during the 60’s. My grandfather’s call sign was HC1FN (FN for Fred Novinger) which you may recognize as Quito, Ecuador. My dad told me that he would communicate with my grandfather via ‘phone patch’. One of my dad’s local neighbors was an amateur radio operator and would “put the call through” from my grandfather to my dad. This fascinated me. I learned many years later that the same radio my dad built my grandfather was stored for years in our attic and I never even knew it. Darn…

My dad was always engineering and building something. He had been a Naval Aviator and afterwards, a Captain for TWA. So, he occasionally had some free time. He built a Heathkit GR-64 multiband shortwave receiver and strung a wire up in the trees behind our garage in southeastern Indiana. We were at the highest point in Ohio County – Rising Sun, IN. I remember hearing and listening to stations from all over the world. I didn’t understand how it was all possible. I also remember a telegraph key that my dad used to practice sending dits and dahs, but at the time, I remember them as dots and dashes, because of looking at the ‘chart’ and the relationship between the letters and their specific ‘secret code’. My dad and I always talked about getting our amateur radio license and being able to talk to each other by sending the code. I grew up. My dad got older. It never happened. No regrets…I know he’s watching me and proud of what I’ve accomplished and where I’m headed. But I have to admit that it would have been fun to share that experience with my ‘Old Man’. I miss him.

One year at Hamvention (2015??) I was looking for the Small Wonders Lab booth. The guys at the Michigan QRP booth (Stu and Ned) told me no such animal existed. I told them I wanted to build a QRP radio. Stu told me to wait a minute. He walked away and came back with a DSW-II 20 meter kit that was a 2003 Hamvention doorprize that he never built. We made a deal and I was happy. But I never got to meet Dave Benson, K1SWL – darn again!

I built that kit. Dave Benson was kind enough to send me a few parts that were missing, for free. I built a 20 meter dipole antenna. It was a rainy night, no lightning, and I started sending CQ, CQ, CQ… I was KC9SPW at the time. I got a call back, but it was faint. My heart was pounding. I didn’t know Morse code, but I managed to decipher the call. It was W6RO!!, the Queen Mary in Long Beach, California. How was this possible? Was I transported back in time?? I looked on QRZ.com and sure enough, it was the Queen Mary. I looked up their number and called them, just to make sure that this was real. “Yes, Scott, you’re in our logbook, KC9SPW. Gotcha written down. Have a good night.” I received a really cool QSL card some months later. The rest is history, I was hooked.

I’m 52 years old. A son to Judy. A husband to Michelle. A father to Koen and Grant, who are both serving in the Navy. Koen is married to Kadee. We are having identical twin grandson’s in November. I keep bees and sell honey and queen bees. I have a few friends with whom I ride motorcycles and learn about amateur radio. We’re the Ad Hoc Amateur Radio Society. KD9EMV. No rules. If you show up late to a meeting, you’re the President for that meeting. My next goal is to reach 35 WPM. Life is good.