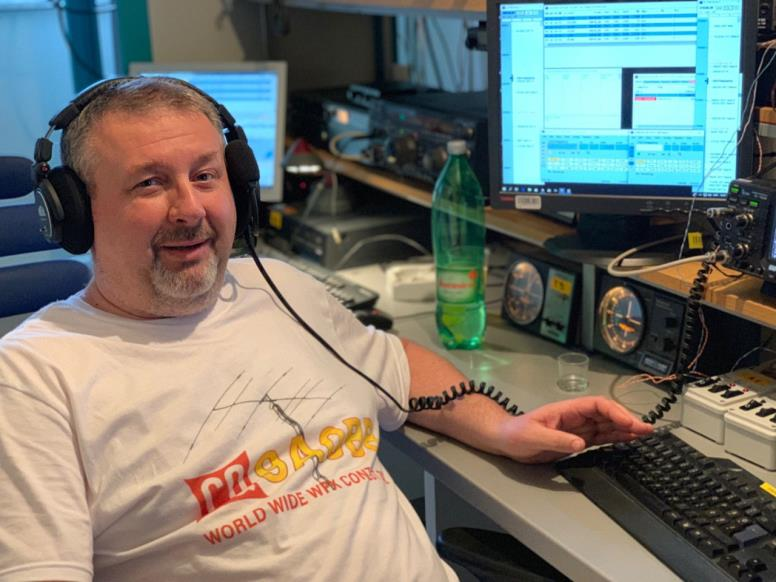 It is a great pleasure to join this respectable Club. First of all, I would like to thank Bud AA3B who invited me and my supporters, John W9ILY, Ivo 9A1AA and Jim, WT9U.

I became a HAM during my childhood, around 1978, while I was still living in my small hometown Donji Miholjac, located in eastern Croatia. At that point, I was in the 7th grade of primary school interested in electronics and frankly speaking, a little bit less, but also in the girls at the HAM class. I joined a HAM course at the local radio club „Nikola Tesla,“ 9A1CCJ/9A8M (YU2CCJ at the time), but was very surprised that we were learning CW instead of radio electronics, how I was expecting. Frankly speaking, I had a problem reaching 12 wpm, which was compulsory for the C class operator license. We started chatting local 80m SSB, but after a while, someone from the older OPs locked the microphone in the closet. Eventually, I became a CW operator. I spent the most beautiful days of my youth there together with my friend and best man Pero 9A3XU and other ops in the club experimenting with antennas and contesting.

Now I’m operating my modest home station during the week evenings and a big contest station 9A0BB at 9A4M location during the contest weekends, with large antennas and fancy PA and computer managed station peripherals. I prefer CW but sometimes I also operate SSB and RTTY. Currently I am living in the capital of Croatia, Zagreb. In general, I am an IT professional with formal education in electronics. Also, I work at the most popular central European drugstore retailer company as a system administrator. So, my HAM occupation are computers and HAM computer peripherals as well. From time to time I homebrew these devices and antennas. I am a technician on the site.

My XYL Ruzica (English teacher) and daughter Ema (Psychology student) are not so interested in ham radio, but somehow, they manage to endure my hobby. Anyway, they agree that meeting HAMs in DC and NY during our visit to the USA last year were one of the most interesting events of the trip, since they offered us great hospitality and provided us with lots of information and sightseeing tours. So, Pat K0OO gave us a nice tour through Washington and Steve N2AJ welcomed us on Long Island. There I had the wonderful opportunity to operate W2/9A3XV from Steve’s home. Last but not least, Fred K3ZO provided me with the experience of working from his home on his excellent station as W3/9A3XV.

During the last few years of my contest life, I also travelled with my friends Branko 9A2KD and Mate 9A4M to meet other nice HAM guys and operate some nice contest stations like OM8A, 9A1P, 9A7A, 9A1A, 9A0HQ, CR3A, CR3DX and so on.

Thank you for receiving me at the club and CUL on the band.