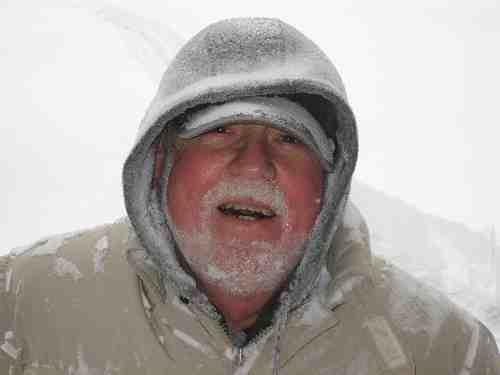 I was born in 1938, finished high school in 1956, and graduated from college in 1960 with a bachelor’s degree in music education. Right after graduation I married Marie, who sat in front of me in the college band. Two weeks after our wedding, we both began our teaching careers in a small school district in northern Ohio. I taught instrumental music in grades 5 – 12, and Marie taught high school business classes. I completed a master’s degree in 1971. Marie and I have three daughters, one son, and nine grandchildren.

In the spring of 1974 our oldest daughter Gayla, age 12 at the time, came home from school with a book on amateur radio and said this was something she would like to do. I agreed to do it with her. We found Bob, W8AQB, administrator for the village of Greenwich, Ohio where we resided who had a degree in electrical engineering. (Bob is now a Silent Key.) Bob guided us through the Novice 5 wpm code and theory test, and in 1974 we became Ron, WN8DCK and Gayla, WN8DDR.  Bob took us to a local hamfest and picked out a rig for us: a Heathkit SB-102 with a power supply/speaker. Bob also showed us how to build a dipole for 40 meters, and we were on the air!  We worked the 40-meter novice band for six months or so.  She and I both wanted to upgrade to a General license, so we began to study the theory and practice code. I had trouble getting to 13 wpm, but Gayla achieved it easily.

In 1975, we both felt we were ready to take the tests for a General license. At that time Detroit, Michigan was the FCC office closest to our home in Greenwich, Ohio that offered testing for licenses. It was a 140-mile drive from Greenwich to Detroit. Gayla and I both passed the General theory test. She passed the 13 wpm code test, but I flunked it!! That made Gayla a General op with the upgraded call of WD8DDR and her father a Technician op with the upgraded call of WD8DCK.  A Technician at that point in time was pretty much limited to two meters, and I didn’t have a two-meter radio.  My code speed went up quite fast after that, and a couple of months later she and I were off to the Detroit FCC office again.  I was able to pass the 13 wpm code requirement this time, and Gayla and I sat for the Advanced test.  I passed the Advanced theory test, so now I had Advanced ticket phone privileges in the low bands. Gayla did not pass the Advanced test and was content to remain a General op.  By this time, our Heathkit SB-102 was joined by a SB-220 linear amp and a Mosely TA-33 Beam for 10, 15 and 20 meters, and of course the associated accessories.

In the early 1980s, I started going to Detroit to take the Extra exam, which involved 20 wpm code and the Extra theory.  I discovered there was a tube test, a transistor test, and an integrated circuit test.  Bob W8AQB (age 80 at that time) wanted to go along just for the ride. He was curious to see how they did things now. The examiner told Bob that he could not go in the examination room unless he took the Extra test.  Bob elected to sit for the 20wpm code test. He passed the code and passed the Extra theory.  I passed the 20wpm code test but missed one too many questions on the theory exam.

On the way home, I found Bob had received a tube test.  I had studied for the tube test but received a transistor test (which I had missed passing by that one point). I finally did get my Amateur Extra ticket, but it took one more trip to Detroit to take the theory test. I got credit for the 20wpm code test taken the month before. My new call now was KF8O.

In the 70’s and 80’s I enjoyed DXing with the local gang on two meters. There were no beacons or reverse beacons in those days. The spotting network was the two-meter gang on 146.43 Simplex. Most of those same hams were members of the Huron County Amateur Radio Club. They were involved in local public service communications for Skywarn, area 5K and 10K runs, and the 20-mile March-A-Thon for my high school band students.

The March-A-Thon was a major fund raiser for our band. Members of the Huron County Amateur Radio Club manned each of the 20 checkpoints and provided communications with the nurse’s van, the sheriff’s car, and the headquarters. Eventually the use of the March-A-Thon as a fund raiser expanded to include students from other high school bands in the county. One particular year the radio club helped manage nearly 300 students on the 20-mile course.

Eventually I, too, found less and less time for the radio. I had retired as a high school band director in 1989 and started my own computer consulting business, which required quite a bit of travel. During the 90’s I sold the linear and the rest of the Heathkit gear. A bit later the Mosely TA33 triband beam came down as did the 40-foot rusty tower.

Early in 2018, I got the itch to get back on the air, so in April of 2018 I bought a Yaesu FT-450D, a tuner, and put together a G5RV antenna. I explored the Digital Modes for a while and listened to QSOs and W1AW code practice trying to regenerate my severely diminished CW skills. I found a lot more CW on the air than when I took my sojourn from radio. I found SKCC and their webpage. I eventually ran into the chaos of what turned out to be the Wednesday CWT (1300Z.) and was intrigued. I did a bit of research, found the CWops website, and signed up for a CW Ops Morse Code class. I indicated on the form that I was comfortable at 15 wpm copy. Jerry AC4BT, got back to me that same day and said I would have to wait until January 2019 for a Level 2 class.  However, later that week Jerry emailed me and said there was a cancellation and that I could plan on a September/October 2018 class.

Bill W3PNM, was in Pennsylvania and was our Level 2 class advisor. Students were from Canada, Virginia, Michigan, Illinois and Ohio. Bill did an excellent job of steering us through the CWops student resources. Bill is truly a valuable resource himself. Bill is the first person that introduced me to “head copy” and gave me the courage to jump into the CWTs.

Keith G0HKC in London, England was our Level 3 class advisor assisted by Ron VE3FXX in London, Ontario. Students were from the Ukraine, Northern Ireland, Latvia, and England. Keith did not allow pencil and paper for much of the class. I found that you can get the gist of it without writing anything down.