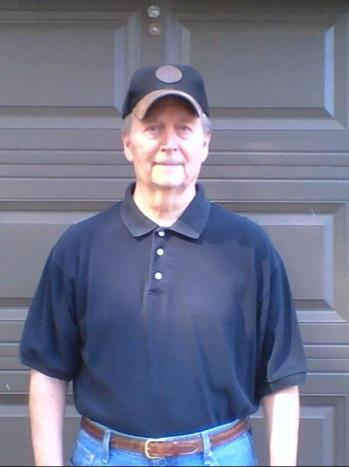 I was born in Baltimore in 1948 and lived there for 10 years until moving to Baltimore County. As a teenager I enjoyed listening to Short Wave Radio and especially the Ham bands. I didn’t get a license then because I didn’t think that I could learn and pass the Morse Code requirement.

After 2 1/2 years of college I entered the U.S. Army in 1970 and served in the 47th Finance and Accounting Office in Thailand on the Gulf of Siam. Our tour of duty was designated a “Hardship Tour” due to its remote location, but we all felt very fortunate to be doing our tour of duty there during the Vietnam years. I served in the military from 1970-1972. After my military service I was accepted for a position by the Social Security Administration Headquarters in Baltimore as a Disability Claims Authorizer. I worked there for 33 years and retired in 2006

In 1992 I was in Radio Shack and saw a study manual by Gordon West on getting your Novice Class License, complete with 2 Morse Code audio tapes. I thought it was now or never so I bought the study guide and after about 6 weeks or so I passed the Novice Code and written test. When I upgraded to Technician I also took the General Code test and passed that. Later on I passed the General written test.

Along the way I became hooked on CW and think of it as a second language. I have made thousands of enjoyable CW QSO’s on the air and currently do CW practice at 40-45 wpm.

I have been married to my wife Becky since 1981 and we live on a 5 1/2 acre partially wooded lot in Carroll County 25 miles NW of Baltimore. We do not have any children but have had several cats and a dog over the years. We currently have a long hair white cat named Babe. Becky retired from County Government in 1999 after 30 years of service. She enjoys growing plants and flowers and has 15 flower beds which keeps her very busy.

We both enjoy watching the wildlife in the area and have tried to make our lot a bird friendly habitat. We have 8 bird feeding stations with suet baskets and many birdbaths and birdhouses.

My current ham station consists of an Elecraft K3 and a G5RV up 40 ft. Iambic Paddles are a Kent, Bencher, and a Vibroplex. The keyboard is an AEA model KK-1. External keyer is a Logikey. I never sold any of my rigs so I also have a TS-850, a TS-570, a FT-990, and an Omni 6+. I enjoy CW ragchewing and for the last couple of years casual CW and RTTY contesting.

I was an avid bicyclist for 30 years but since 2005 have been getting my exercise by using a treadmill 5 times a week. I had successful heart bypass surgery in 2004

My wife has been very supportive of my ham activities over the years. I am currently trying to convince her that I need an amp for contesting. We will see how that goes. I am glad to be “on board” with the CWops club and looking forward to making many CW QSOs.