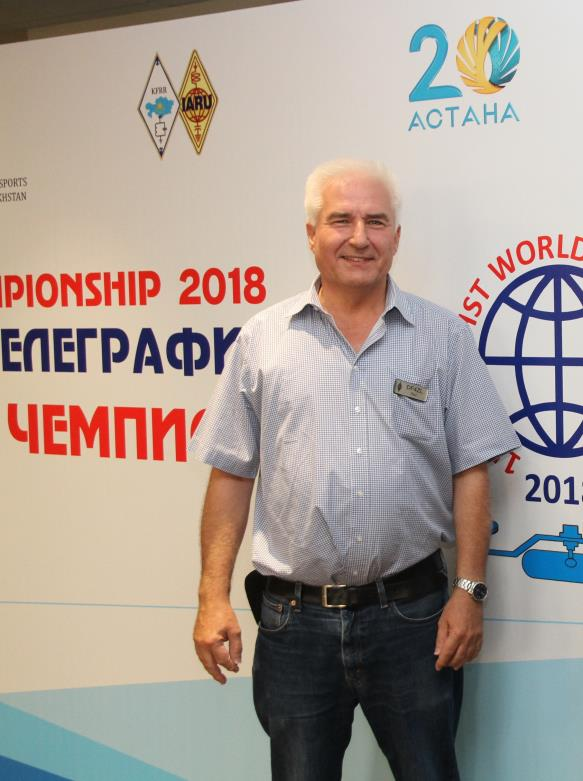 I started my ham career in 1976 when I was 19 years old. My first license was for 144MHz and higher only. One year later I started to learn Morse code from vinyl records, got the HF-license (12 WPM) and became DF4ZL.

The first 3 or 4 years I worked SSB only and “forgot CW,” but at the beginning of the 80s I listened often to US novice stations (WN, KN) on 21 Mc in slow CW. I have made hundreds of QSO with them and since that switched my activity to CW (95%). My main activity are CW-Contests but I’m also active in some DARC SSB Contests to support my local Club in the DARC championship.

I have been working as an electrical engineer for 40 years at T-Mobile Germany (it is not unusual in DL), have been married to Anne for 34 years and have two grown daughters. In the past 30 years my family and me made over 50 poor man DX-peditions to “rare spots” like: CU, 9H1, OZ, OE, LX, GM, GW, GI, ES0, LA, SM, OH0 and many others, mainly for WWDX, WPX- SAC- and IOTA-contests.

I live in the Rhein-Main area very close to the Frankfurt international airport and the space for antennas here is very limited, so I am using Verticals and wire antennas. In the major contests I operate from a local club station with a triband Yagi and dipoles. Few years ago I change my rig to K3 after using Ten-Tec for 30 years.

I am the DARC contest director. My team and I organize over 30 contests like WAE, WAG, Field Days and many others. For over 14 years I have been writing the monthly contest column in the CQDL magazine and editing the DARC contest-calendar in the internet. I’m member of the AGCW (DL CW club) and the Ukrainian Contest Club. My other hobbies are my family, travelling with my wife for contests and I love QSLing. I mean the true QSLing: in 2006 I have managed almost 1.000.000 paper QSL-cards for the 36 special stations (DQ/DR2006.) operated during the Football World Cup 2006.