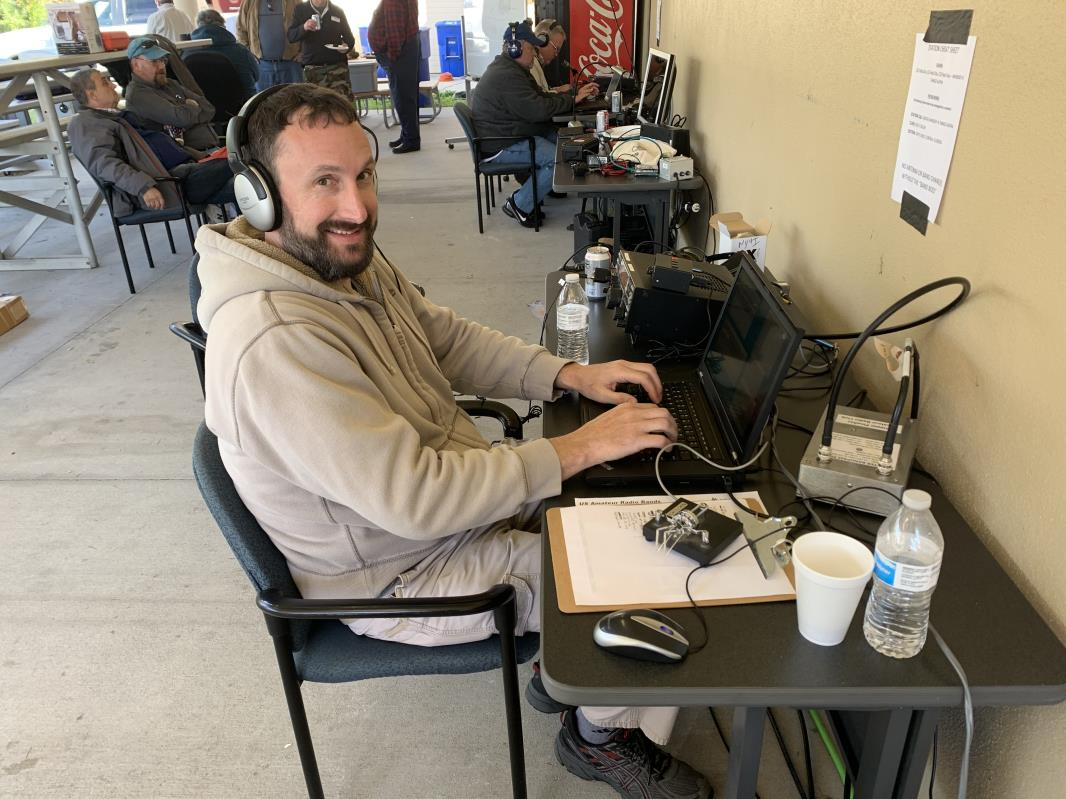 I’ve always been interested in electronics and computers. As a kid I spent a lot of time in Radio Shack but somehow never got introduced to ham radio.

In 2017 I saw an episode of the show NCIS about a ham radio operator and that got me to google the licensing requirements. I studied for a couple weeks and was able to pass all 3 tests to go straight to Extra class. I bought an Icom 7410 off a guy on eHam and had it receiving FT8 before my callsign came through. The day I got my callsign I made a contact to Russia with a wire antenna on a PVC pipe in my backyard. I was hooked immediately.

I really enjoy DXing and would like to be on the other end someday (if you ever need an operator for your DXpedition let me know!). I joined the St. Petersburg Amateur Radio club in St. Petersburg, FL where I live. After being in the club for a couple years they elected me club president. We have a decent contest team at the club, W4TA but our antenna was damaged in a storm in February, so we’ve been mostly off the air from the club station since then.

After about 6 months of SSB and FT8/RTTY I realized I was missing out on a 1/3rd of the hobby by not knowing CW. I started trying to learn on my own and eventually got turned on to CW Academy and started at the beginning. I found CW challenging to learn but as I worked through the CWA levels I kept getting better. I’d say I’m adequate now, but my goal is to be able to casually head copy CW without the heavy focus I require now.

CW has become my favorite contest mode and I try to participate in the CWTs each week and beat my previous week’s scores. I’m also an activator in the Parks on the Air program and I’ve incorporated CW into my activations.

Thanks for having me in the club and I look forward to seeing everyone on the air.