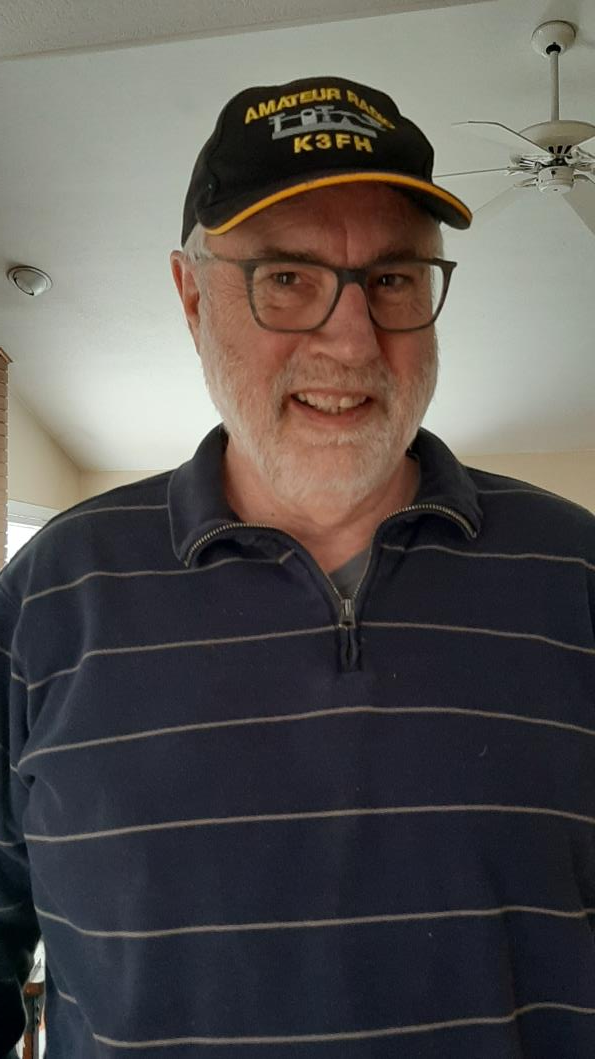 Thanks to Bud AA3B for nominating me to be a member of CW Ops, and to those who sponsored me!

Since my pre-teen years, I always loved radio. AM broadcast provided me with music back in the days before FM took over. I always considered the transmission of radio waves a fascinating concept. My portable radio opened up the world for me.

My foray into radio communications began when I received a pair of walkie-talkies one Christmas. I then was on 11 meters for a short while, but my uncle, Tony K3IEX, convinced me to learn the Morse Code by giving me the parts to build a cigar-box code practice oscillator. I took a course taught by the local club and passed the Novice test. I was first licensed in 1967 as WN8YCC in Morgantown, WV. My first station consisted of a home-brew 35-watt crystal-controlled transmitter and an old Hallicrafters S-120 general coverage receiver with a BFO.

I upgraded to General in 1968 and then Advanced in 1969. I spent most of my time on 40 meters, as that was the only antenna, I could put up on our small city lot. I built a Heathkit HW-22A single-bander and got on SSB, and I was a very early participant on a new ECARS in the early 70s.

After graduation from West Virginia University in 1973 with a BSEE, I went to work for General Electric in Pittsburgh. I started my career as a Field Engineer, doing installation and service of industrial controls and drives for production equipment in steel mills, chemical plants, and other industries. In 33 years with GE, I held several positions, including technical training specialist, application engineer and sales manager, and I enjoyed all of them. I retired in 2012. Most of those years were in Pittsburgh, except for two five-year stints in Schenectady, NY and Nashville, TN.

As many others have related, marriage and children took precedence in my life in my 20s and 30, and I wasn’t active for 15 years. I got the bug again in the early 90s, and I upgraded to Extra Class, barely passing the 20 WPM threshold. My first “modern” HF rig was a Yaesu FT-840, and I became interested in CW and later RTTY. My first experience contesting were the CW DX contests in February and November, and I was hooked. Although my contesting from home is very casual, I do occasionally participate in multi-op efforts from our local club as either K3MJW or W3GH.

I am also a member of ARRL, Tennessee Contest Group, and the Skyview Radio Society. In addition to my HF activities, I participate in local public service events on 2 meters.