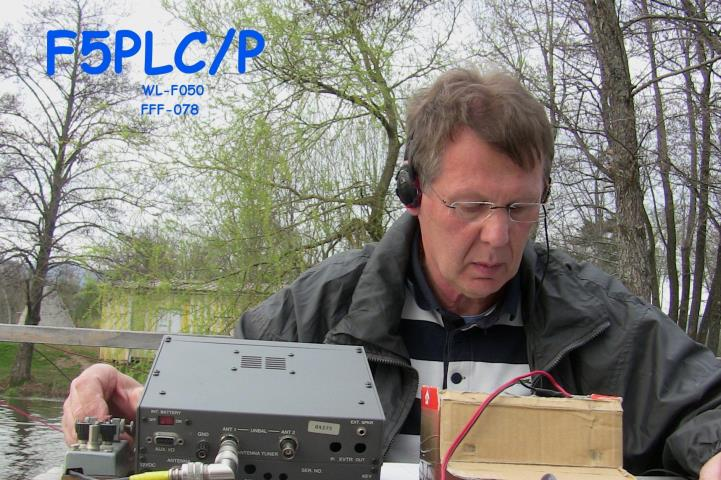 First a big thank you to Raoul, ZS1C who nominated me and to K7SV, K1EBY and F5IYJ who supported my nomination,

I was authorized as FD1PLC in 1990 at the age of 39, and I had learned CW for the license, mainly with audio cassettes at home or in the car radio, only for access to the HF bands in order to make mostly DX contacts.

After a few months of QSO SSB I did not really feel radio amateur if I did not practice the CW, so it was a new learning and training to achieve standard QSO and understand what was happening in the competitions and DX. It was very fast, far too fast. . . but by dint of listening and perseverance I improved.

I discovered CW in QRPp during my summer holidays 1992 with a homemade TRX delivering 600mw on 20m in a ¼ wave antenna made on a fishing rod. It was a revelation because I did not think the DX was so easy with such small means. 55 DXCC including VK, C9, VE USA, EA9, 5A. in 3 weeks. What encouraged me, after the holidays, to make an antenna of 2.15m to make QSO rolling on the way to work. Less easily than at the seaside, but it allowed me to progress by giving up the pencil and the paper. Now I do not do CW while riding, my wife does not want.

The discovery of the RUFZ program allowed me to improve my speed.

I’m trying to convince Mario to use the CW, and also his girl to learn it as well as my friends forgetting the CW by preferring SSB or digital modes.

My second hobby is also watching and photographing birds.

I still have a lot to say, it would be long.

Looking forward to meeting you on the air and thank you again for the honor you make me.