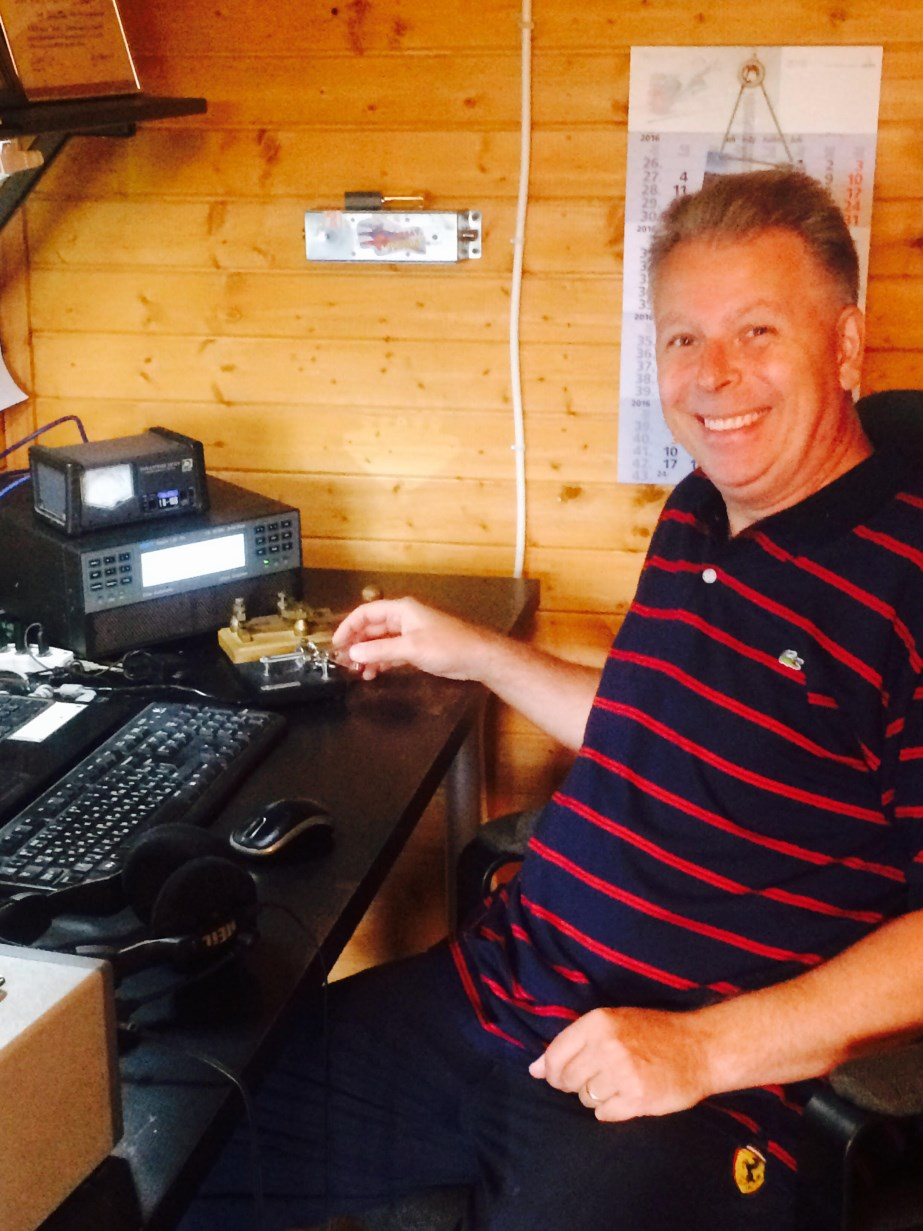 At age 14 while attending Junior High School in a small town on the Swedish west coast called Alingsas, I first heard about Ham Radio. There was a big tribander antenna on the roof and after some time I was part of the group operating with the call SK6JQ under supervision of licensed hams.

After a little less than a year of CW practicing at the local radio club SK6DG, I finally received my first call SM6LRR in September 1980. With an old HW-101 and a Hygain 12AVQ vertical I started operating from my own callsign.

During 4-5 years I was active day and night, completely hooked to this new hobby. CW speed improved and I built my first keyer and bought a simple double paddle. This was later replaced with a Bencher, still in my custody. In 1986 I started my military service (compulsory at that time in Sweden) and between 1986-1989 I was very active from the military station SL0CB in Stockholm during our free time. Then suddenly, I stopped this wonderful hobby for no reason at all, apart from too much other distractions of life. I did not even pay attention to antennas on the roofs. The only thing that kept me going was a cassette tape with 40 WPM CW recorded that was used for CW training in the army. I listened to this tape maybe once every year, and that was sufficient to keep the code alive.

When I met my wife from Moscow in 2004 and when we discussed of moving to Russia, it struck me that I should try to restart my Ham Radio career and try to get a temporary license in Russia. This process started when I moved to Moscow in 2006 and was finalized in 2009, when Russian authorities finally sorted things out with permits for foreign citizens. I received the temporary call R3/SM6LRR on May 8th 2009. Later followed Russia’s entry into the CEPT union and the call was replaced for a while with RA/SM6LRR, until I finally in 2012 got a shorter and better call RM2D.

I really enjoy all kinds of CW operation such as contesting, QRQ or QRS Rag Chewing or Straight Key communication. I collect DXCC and WAS via Logbook of The World only and I sometimes bring the radio with me to the family holidays and business tips and have used calls like: 5B/SM6LRR, 4S7LRG, XV2LRR, RM2D/0 (from Chukotka close to Alaska) and XV2D. I also have participated in the 4U70UN operation together with a group of international hams a few years ago.

How was I then introduced to CWops? It all started when meeting Marv, N5AW at WRTC 2010 in Moscow. Marv told me that this is a great group of people and explained the CWT activity. In parallel, another good friend, Rudy UR5MM inspired me to consider working CWTs and possibly later become a member of CWops. The person whom I can initially thank for my CWops # 1820 is Axel, DL6KVA, who wrote to me and asked me if I would consider trying to be a member. I of course also have to thank my other sponsors for membership (F6HKA, FG8NY and AA3B).

Apart from spending time with CW and the wonderful world of Ham Radio, I of course enjoy my family life with my wife Ekaterina and 4 four children, age 10-27 years. We love spending time in our summerhouse located in Moscow Region close to the town of Naro-Fominsk. This is also where RM2D is located.

Professionally, I have held several positions in the sphere of Shopping Center Facility Management, and during the last 6 years as Aftermarket Director for Swedish producers of Underground and Surface Mining equipment. Now in thoughts of developing my own consultancy business for western companies wanting to establish and grow business in Russia and former USSR.

Looking forward to meeting you all, old and new CW friends in CWops!