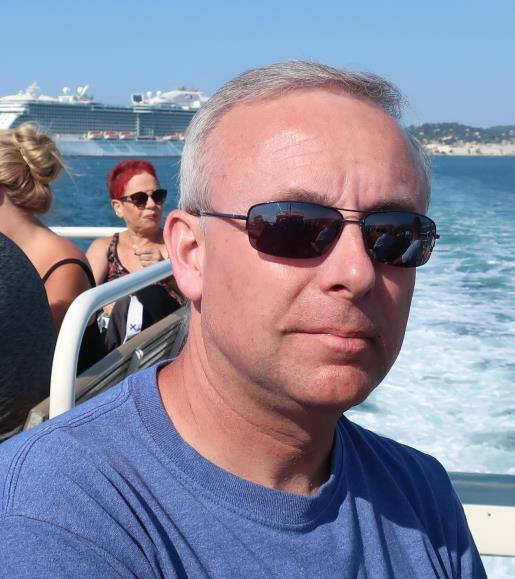 First of all, I am honored to be CWops Member, and would like to thank Joe Fischer (AA8TA) for the nomination.

2021 marks my 37th anniversary as ham, being first licensed KA8UXM in 1984 when I was a senior in High School. That was a Novice license, with 5 wpm code and all. Within a few months I upgraded to General. I operated during that spring and summer on CW only using second hand (at least) equipment (Knight Kit transmitter and Healthkit receiver). Then it was off to college and radio took a back seat for a few years. I got back into the hobby after graduating until the early 2000’s (during which time I changed my call to N8IFU and operated using a new TS450SAT and an attic dipole). Then work and more significantly family (two boys) became a priority and I was completely away from the hobby.

In the summer of 2018 I received a mailer from ARRL for the Extra class license manual and something clicked. With one son graduated from college and the other nearly so, I had the time, money, and inclination to get back into the hobby. So I studied for a few months and passed the test first try. I like being able to operate anywhere on the bands without having to pay such close attention to license restrictions.

My HF station currently consists of an ICOM IC-7300, an Elecraft KX3/PX3 for portable operations, an Elecraft K1 and K2 both of which I built, and a couple of QRP Labs QCX radios which I also built. As you can see I also enjoy the kit building aspect of this hobby. A simple EFHW 80-10 is the antenna. I use a Begali Expedition key, a present to myself after completing my first CWA class (Level 1 – Thanks Joe!!).

I operate CW exclusively. I am not much of a rag chewer, rather I enjoy POTA, State QSO Parties, and contesting the most. WPX , the Michigan QSO Party, the ARRL DX Contest and Sweepstakes are my favorites.

In 2020 I started advising Beginner CWA classes. I really enjoy working with those just starting out with CW, and I’m looking forward to my next class this fall.

I few words about my current call – W8EWH. This call was originally issued to my dad, David Yergin, in the mid-1950’s when he was around the same age I was when first licensed. I don’t think he ever upgraded past Tech. In the mid-70s when I was around 9-10 years old, I discovered that he had been licensed as a kid when I was playing around with a toy walkie-talkie that had a Morse code sender at the bottom. I remember talking with him about getting into (or in his case back into) the hobby, but tragically he was killed in a car accident in April of 1976. Around the time I was first licensed I was able to visit with my grandmother and she allowed me to take home all of his ham radio “stuff” that she had been saving in her basement. In this collection was one of his QSL cards, and this is when I first learned of his call sign – W8EWH. After vanity calls became an option in the mid-90’s I may have briefly considered taking this call, but I actually thought the call was not available based on a misunderstanding on my part regarding what calls were available. In late 2018 I learned that this call was in fact available, and in December of 2018 I applied for and was granted W8EWH. As far as I can tell, only my Dad and I have ever held this call.

Thanks for the opportunity to share my story and for allowing me to be part of the CWops organization.