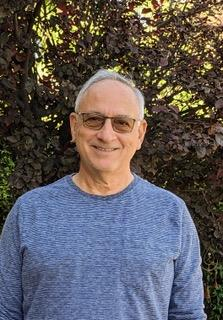 I became interested in ham radio when I was an early teen in the late 1960s. I got a Knight-Kit Star Roamer SWL radio kit for my 15th birthday. That was my first kit built, and I started listening to SWL in our home in a small town in upstate NY. My father worked at the electric utility company in town and one of his work mates was a ham. I learned Morse code mostly by listening to W1AW and got introduced to the local ham club where I could learn more and finally passed the Novice test in 1970 at age 16. As a rock-bound Novice during a peak solar cycle, I had a lot of fun working DX with a used Heathkit DX-60B transmitter and used Hammerlund receiver. I collected some other Ten Tec and Heath equipment, all used, and became fascinated with QRP operation on CW. I have been a CW only (mostly) operator ever since and still love QRP.

Ham radio directly led me to my desire to become an Electrical Engineer, eventually going to Clarkson College to get that degree with a major in communications and signal processing. I moved to Florida for my first real job doing satellite communications work but could not get very HF active living in an apartment with a limited money supply, so was off the air for some time. I eventually got active again 20 years later after moving the family to Raleigh, NC and bought an ICOM 756, put up some antennas in an attic due to HOA issues, and started to have fun again on CW.

Another move, this time to California put a halt on any HF radio for another 14 years. Finally, after retiring the electronics biz and moving to AZ, I started my ham career again, this time with an LNR MTR-4b for portable / POTA operation and a Xiegu G90 for my base station. Again, limited by HOA rules I have a stealth end fed random wire at the house, and some resonant end fed antennas for portable use. My goal was to hone my CW skills and after finding the CWops group decided to make the effort to get into the Advanced class and try to get my chops to where they needed to be. I am thankful to the Advisors and the CWops CWT weekly events to help me get there, plus the sponsors who approved my membership, this was a big honor for me.

When I am not doing radio stuff, I like to ride my bike – I used to do 100-mile century rides often in CA – plus play my guitar and mandolin, hiking, camping, a lot of reading and of course playing with electronics like Arduino’s and Raspberry Pi’s of various flavors. After moving to AZ to retire 3 years ago and I found a great club here that is very active with over 100 members so having the time of my life in ham radio again. I hope to start doing POTA hunting and activations now as well.