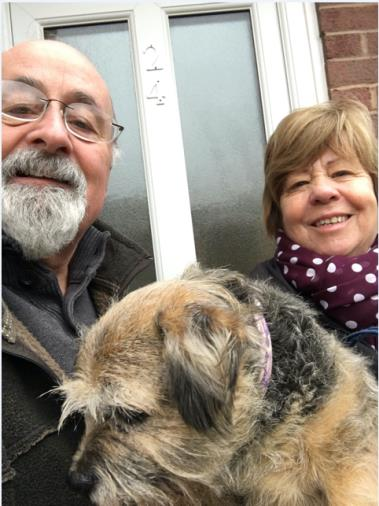 But on to my radio journey. I think I was about 9 or 10 when I went to my friends house and his father was there, it was the first time I’d met him, he had a work bench with what appeared to be lot of bits with all different colours printed on them. Also glass tubes, some had a strange orange glow inside. Keith’s Dad was a radio amateur! He had a G8 call sign, I can’t remember the rest of his call it was a long time ago! But from then on, I wanted to be one too!

We move forward a few years, The CB craze is in full flow in the UK, and one or two friends were into it big! They found out that I could fault find and fix some of the CB transceivers, they were pretty simple circuits and some were easy repairs, then another friend wanted to study for the R.A.E, at the local school evening class and would I like to go with him, so on we went, 1982 I took the R.A exam, passed with two credits and received my brand new shiny Call Sign G6ZUV. My friend also passed and his call was G1BAA (SK); had lots of contacts on VHF FT290 and a 3 element beam on the local hills, Great Fun!

Then they announced that the powers that be were going to end the 12 wpm Morse test for HF privileges. I thought I wanted to get my class A licence properly with the Morse test! So, study hard with my Datong D70 Morse tutor and in 1998 I was successful. My new Full class A licence! I received the Call sign M0CDL, I was invited to become a member of Fists also and had great fun chatting away in Morse code, until Geo G3ZQS(SK) became so ill that he couldn’t run the club anymore, so my friend Paul M0BMN (Phoenix Kits) decided that we should take over the day-to-day tasks for George but unfortunately George became SK. So The Fists Club, what to do? Dissolve the club, or try to keep it going? Well Fists is a thriving CW club so we were successful, I use the club call quite frequently listen out for GX0IPX. and on to my CWops journey!

I saw the website and thought I wonder how my slow Morse could be improved, so I signed up for level one coarse and was assigned to Roger MI0WWB, and after the 8 weeks I could see the difference! It was like chalk and cheese! We became great friends and I often sit in with him and his students, I’m even thinking of becoming an advisor myself. I also take part in the Giving Back scheme on Wednesday evening.