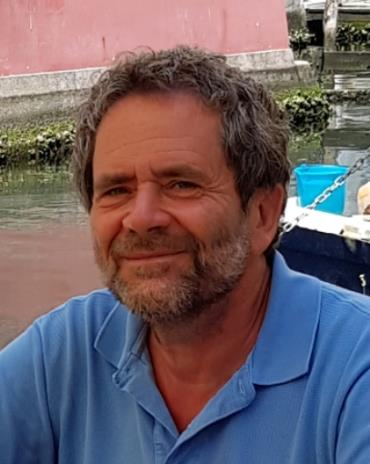 I want to thank my dear friend Helga, IN3FHE, for appointing me to CWops, and also all the friends who sponsored me K1DJ, WT9U, IK1HGE and I2WIJ. It is an honor to have been admitted to the CWops.

I started as a CB in 1971, but I immediately realized that it wasn’t enough for me. SWL only after a few months and for almost three years, thanks to military receivers donated by my first teacher I3ZIA (SK), I did hundreds of hours of listening both in phone and CW and I thank my telegraphy teacher I3ZRL (SK) which immediately made me appreciate and love the CW. In 1974 my first special license and finally in 1977 my call I3IFT, which later became I2IFT in 1990.

Unfortunately for both work and family reasons my radio activity was very discontinuous and with long periods of inactivity until 2015. From the 1st of February 2015 I have continuously restarted my radio activity exclusively in CW, dedicating myself to contests and DX and logging in this last period about 80k QSOs. Both in the past and in recent years I have participated in numerous contests as a single operator with good results. I had the pleasure of having been for some years in the team IO2A and from 2000 to 2005 I had the honor of being in the international team of IH9P from Pantelleria island, with which we won four consecutive world victories in MM-M2-MS phone and CW (2002-2003-2004-2005), a record never equaled. I was included in the team as a 160m operator and multiplier hunting specialist as well as responsible for the team’s race strategies.

My station is very simple and basic and consists of an old Yaesu FT1000D with the support of an OM Power PA. At the moment there are only two antennas, a dynamic vertical 40-6m, installed on the ground, with 1300 meters of underground radials and an inverted V dipole for 80m. Unfortunately, I live in an urban center surrounded by numerous sources of strong and continuous noise, try to be patient if sometimes I make you repeat the report!!!!

My profession was a geologist and since the 1st of October this year I am retired. When I’m not on the radio I love to read, travel, go to the mountains and cultivate my vegetable garden and take care of my laying hens. I have a daughter, a modern dance teacher, and I share life with Laura, my great Love.