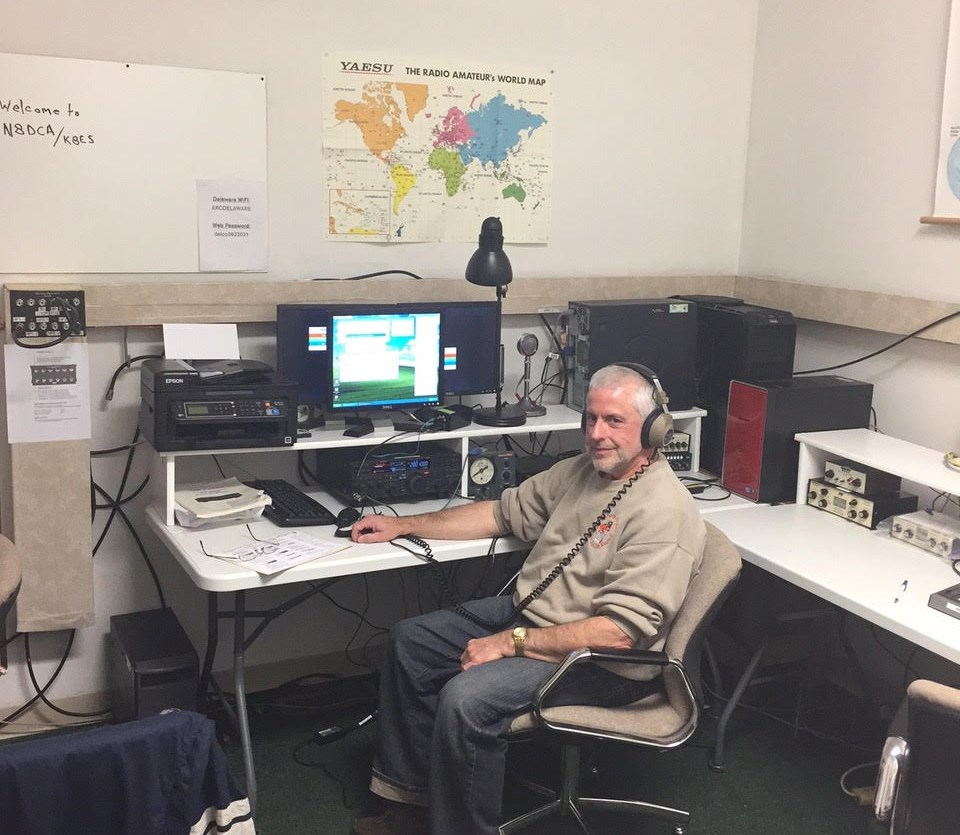 I’ve had an amateur radio license continuously for over 42 years. After my novice license arrived waaay back in 1974, I cobbled together a station somehow and screwed up all the courage that a 17-year-old could and called CQ. Some unsuspecting and unfortunate ham answered me whereupon I forgot what an E sounded like. Despite many QRS’s and repeats, I failed to copy a single letter of his call sign.

That was enough of that Morse code silliness for me. Well, except that I needed 13 WPM to move out of the novice rankings, which I think still had a time limit on them. So, I listened to W1AW code transmissions and got up to around 15 WPM and took off for Detroit to try the 13 WPM exam.

No joy on that trip but I did copy at least 25 characters and ended up with a technician license. A few months later, a trip to Fort Wayne was a success and I got my advanced class license. There I was, almost all of the privileges a ham could get but I never made any HF contacts.

It was not too long after that that college, jobs, marriage, kids, etc. came along and ham radio drifted to the farthest back burner. The only activity I did was renewing my license when it was time.

Then in early 2014 I finally came to my senses and got serious about ham radio. After getting my extra-class license I put together a modest station and discovered the excitement of HF. Good timing with the ARRL’s Centennial Celebration going on; every evening was a new, fun adventure. Way to go on my part missing all this for 40 years!

SSB and digital seemed like all that I needed; CW was fine for anybody but me. But three things happening during 2014: I had a QSO with a YL ham on SSB one time and she encouraged me to try CW. I probably said “yeah, I’ll do that some time” but I was thinking, “that is so not going to happen.” Later on, I heard from a few new hams who learned Morse code and participated in a CW contest and listened to how much fun they had. Hmmmm, if they could do it… Then I got my WAS (Worked All States) on both voice and digital leaving CW the only thing left to get the ARRL’s Triple Play award. I’m such a sucker for awards which led to…

On January 1, 2015, I made an extremely rare New Year’s resolution to (re)learn Morse code and use it on the air. At that point, I might have remembered only 4 or 5 letters and they would have to be sent molasses-slow. And on February 20, 2015, my resolution was fulfilled – it’s even confirmed! Then it became a challenge to get better and make more contacts. After Sweepstakes in 2015, the mic was put away and CW was the only mode I used on HF after that.

I never, ever, not in a million years, would have thought that I would be a CW-only guy. I guess all I needed was to try it instead of dismissing it out of hand.

During 2015, I got stuck at around 15 WPM and could not seem to go beyond that. I had heard about the CW Academy so I signed up. Initially, I was to start a Level 2 class in January, 2016, but was then told that it would September, 2015, instead. Oh no, I’m not ready, why did I sign up? What if they find out I’m not that good? Turns out I got a great advisor – Bill, KC4D – and I had a blast. I was really sorry that the 2 months had to end. I did repeat the Level 2 program with Mark, K5GQ, then completed Level 3 with Jack, NI8N. I think the two most important things I learned in the CWA were: always push yourself and have confidence that you can succeed.

Bill encouraged us to try the Wednesday CWTs. At first, it sounded like a buzz-saw but eventually I started to be able to copy a few call signs and it got a little easier every week. I love contests and the CWTs are great for having a regular contest-like event that is not too long to handle. I really look forward to the CWTs and they have been a tremendous help to making me a better operator. Thanks to the CWTs I have even tried to do more running in various events.

Whoever came up with the ideas for the CWA and the CWTs should get the ham radio equivalent of the Nobel Prize. I have seen a huge improvement in my skills over just a year or so and I’m really anxious to keep trying to get better. My next goal is to try a CW sprint.

From what I have seen, this looks like a great club and I have not seen any other group that has the resources to help people improve in their abilities to the extent that I have.