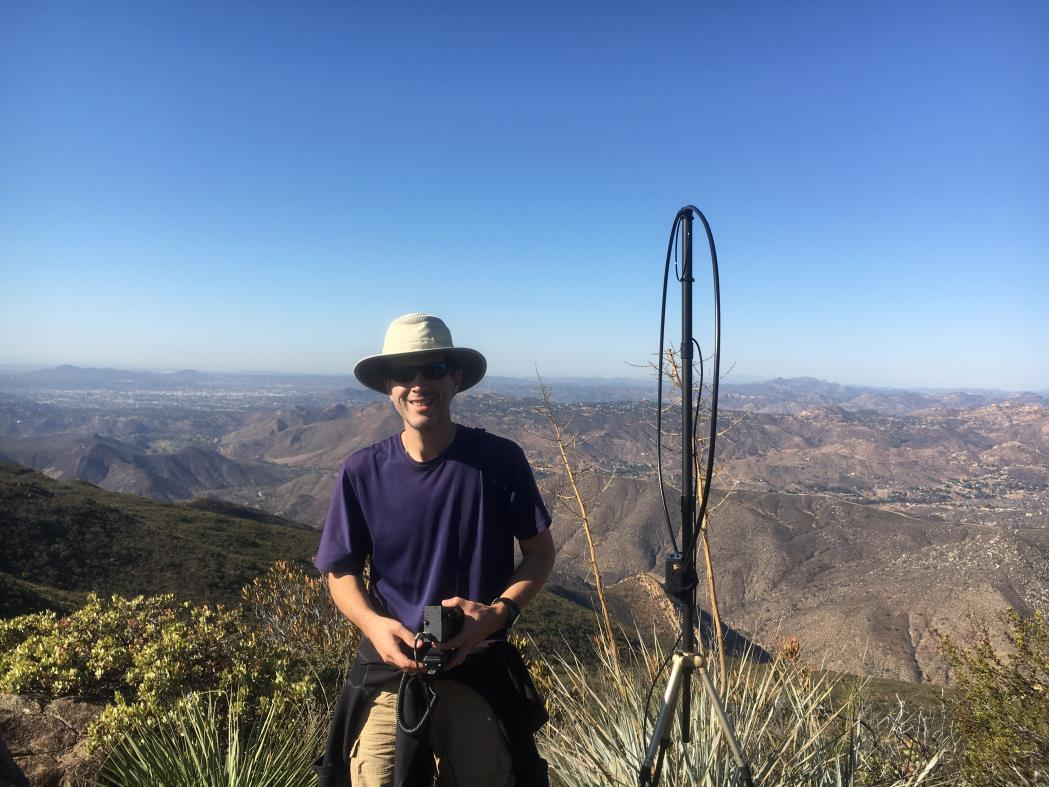 Thank you, Rob, K6RB, for being my advisor and nominating me. Also, thank you to those who sponsored me for membership. I certainly appreciate and could not have made my progress without my other advisors, Jim, N7MU and Alan, AD6E. I am looking forward to meeting others in the group and to continue working on improving my CW skills.

I do not come from a family of hams, but rather came across radio as a safety measure in my early 30s. My son was young, and we would venture into places our cell phones could not reach. Being licensed and able to summon help if needed just seemed like the responsible thing to do. First licensed in 2005 as KG6YFT, I carried an HT every time we went into the backcountry, but did little more with radio for many years. When my son Jacob turned 11, he became intrigued by the HT. We started spending time “studying” and after a number of months, he became licensed as KK6MYW. Helping him earn Tech generated momentum for me to go for General and it was then that radio really became a hobby. I set up a base station and, since I enjoy spending time in the outdoors, put together a portable station for SOTA. My younger son Jesse also became interested, and at age 9 earned both his Tech and General, N6JCA. My boys challenged my wife Danielle that if both of them became licensed, she would need to as well, and is now K6FIN. Helping Jesse to General put me on the path to keep studying for Extra and in 2017 I became NJ6Q.

It has been a lot of fun with SSB, but CW seemed out of reach. Unlike studying for the licensing exams, CW was a skill that had to be developed. Without an Elmer, I tried on my own, but progress was slow. Then I came across CWops and signed up. What an amazing group of people. Although there have been many frustrations and challenges, gradually learning CW has been very satisfying. Since I started with CW Academy, I don’t believe I have made more than a handful of phone QSOs since, CW has become my preferred mode. It was quite exciting earlier this year to make a SOTA activation with a small pile up on CW.

Beyond playing with radio with my family, I have become a Boy Scout radio merit badge counselor and for the last number of years we have set up a portable radio station at summer camp. This year the plan was to bring CW to the scouts, but unfortunately, summer camp has been canceled. Next year will have to be the year! The additional time will allow me to take another class with CW Academy and improve my skills that much more.

Thank you again and I look forward to seeing you all on the air.