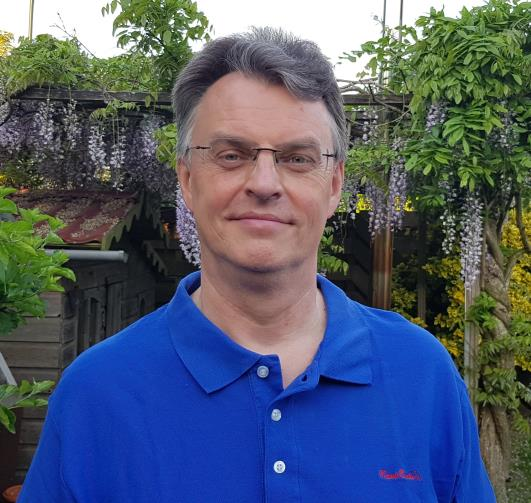 As a young boy, I heard the stories of my father and his brothers, how they hooked up WW2 radiogear left by “The Americans” after the war. It was 110V equipment, where they put a lightbulb of the same wattage as the radio in series, and connected it to the 220V grid. According to the legend, it worked! They also played around with tube kits from the “Maxwell Radio Institute” like “Pupil” and “Padvinder.” I think the glow in their eyes got me hooked to radio as well!

While looking at the illuminated scale of our family tube radio, I wondered what was happening in all those faraway and strange places like Beromünster, Kopenhagen and Moscow. Moscow was still behind the Iron Curtain back then, which made it even more mysterious.

Started building crystal sets, and “modifying” all kinds of radio’s where listening to DX started. Sending in listening reports, and getting back QSL’s from all those faraway and strange places which were on the old tube radio dial. Boy, this couldn’t get any better!

My first job was at a mobile radio repair shop. My employer was a radio ham, Gerrit, PA0GNK. He thought it would be a good idea if I got my license. So I did. First the VHF/UHF license, and a few years later upgraded to a full license when Morse was still mandatory. Gerrit Elmered me, but I didn’t notice it at the time, or even heard of something like “Elmer” back then. Decades later I can still recite a lot of the stuff he said, and put it into good practice now. He was, or better, still is a really seasoned ham. Funny how one remembers some stuff by the letter, and forgets the other..

Back then I really wasn’t interested in Morse code. It was needed to get admitted to the shortwave bands where the magic happened. Learned the characters the “easy” way by means of mnemonics. While copying, it was forbidden to read the text you were writing down, only at the end you could read what you had copied. This is not the way to learn conversational Morse….

The interest in Morse flared up while listening to SAQ, a VLF machine transmitter in Sweden. Mmmmm…. Morse is actually fun! So to get better I took the CWA level 2 a few years ago. While setting up iCW server, I met Thomas DL7TV who put me in contact with Ben, PA2ST. Ben already enlisted for the Advanced Class, so I tagged along. Didn’t think of getting any better than maybe 18-20 wpm, but here we are now, as a CWops member! This wouldn’t have been possible without our advisor Keith, G0HKC who nominated me, and Chris G0JPS as our spiritual guide and associate advisor. Not to forget my classmates, Gopan M0XUU, Colin G4RTJ, Richard G4VME, Toby DL3TM and Ben PA2ST. We had some good laughs together, really nice class!

When not doing Morse or homebrewing radio’s, I am trying to keep my wife and son happy with my presence with varying degrees of success, and work as a radio test engineer at a mobile operator here in the Netherlands.